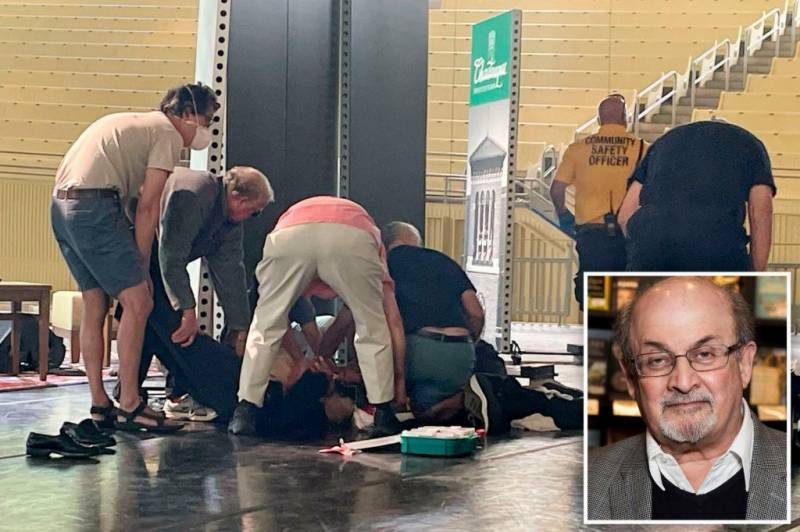 New York (Agencies): Author Salman Rushdie, whose sacrilegious writings made him target of death threats, was on a ventilator following an attack on him in Chautauqua, a town in western New York on Friday.

According to police, the novelist was stabbed in the neck and torso onstage before delivering a lecture.

A US media outlet, quoting Rushdie’s agent Andrew Wylie, reported that the India-born controversial author could not speak as a result of his injuries.

"The news is not good. Salman will likely lose one eye, the nerves in his arm were severed and his liver was stabbed and damaged," Wylie said in a statement.

Moments after Rushdie was attacked, authorities arrested the man who stabbed the author.

New York Police identified the suspect as Hadi Matar, 24, from Fairview, New Jersey, but where he was originally from could not be ascertained.

The president of New York’s Chautauqua institute, where Rushdie was to give a speech said the attacker had a pass to access the grounds "just the way any other patron would have".

Major Staniszewski said authorities are in the process of obtaining search warrants for various items. "There was a backpack located at the scene. There were also electronic devices," he said.

He added that the investigation is still in its initial stages and there is no indication of a motive at the moment.