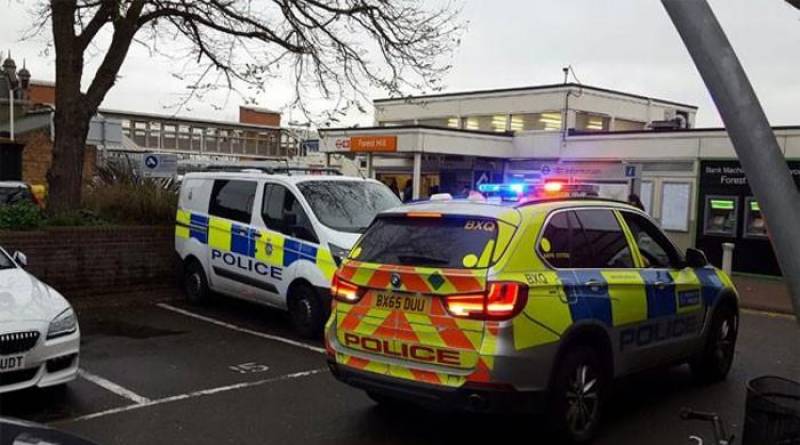 London (online): A man was attacked and stabbed at London’s suburban train station on Monday by an unidentified person, whom eyewitnesses believed have shouted that he wanted to kill Muslims.

According to local police, they had arrested a 38-year-old man following the attack on a train which left the victim, who is in his forties, in serious condition in hospital.

36-year-old Miguel Oliveira, an eyewitness told the Press Association news agency that he came face-to-face with the attacker, who was shouting uncontrollably.

He said, "He was walking towards me and he was shouting stuff like ´Death to Muslims´ and ´Go back to Syria´."

Local resident Shellby Curry, 24, told the agency that she saw a man waving a dagger and screaming "Muslims fucking hate them, kill them all".

British Transport Police stated that it had received information that a man had been attacked on a train at Forest Hill station in southeast London at 1:18pm (1318 GMT).

It said in a statement, "The man, who is in his forties, was taken to hospital with injuries consistent with having been stabbed. He remains in hospital in a serious, but not life threatening, condition."

"A 38-year-old man from London was arrested at the scene on suspicion of assault occasioning grievous bodily harm. He remains in police custody.

"The circumstances are being investigated but the incident is not being treated as terrorism-related at this time."