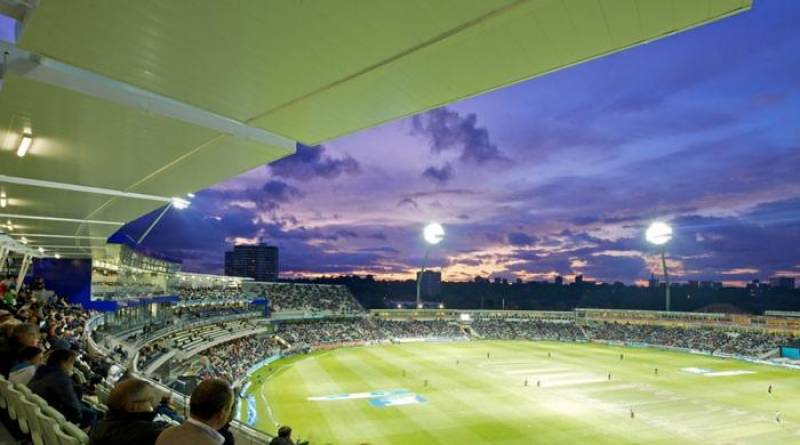 Sydney (Reuters): The first day-night Ashes Test will be played between at Adelaide Oval in December next year, adding a bold new ingredient to one of cricket´s oldest and fiercest rivalries.

Cricket Australia and the England and Wales Cricket Board (ECB) confirmed on Tuesday that the pink ball Test from Dec. 2-6 will be the second match of the 2017-18 series with Brisbane´s Gabba hosting the opener from Nov. 23-27.

Australia has already staged two day-night Tests at the Adelaide Oval, while the Gabba will host a third against Pakistan starting on Thursday.

James Sutherland, Cricket Australia chief executive told reporters in Brisbane, "I want to acknowledge the ECB for their support and indeed our players for supporting the day-night Test match."

"We think that there is going to be more and more day-night Test cricket coming up and the success of Adelaide at the last two matches is for all to see."

Sutherland added "We´re optimistic about it being played at the new Perth stadium."

"There are matters out of our control in that regard but by scheduling it for mid-December, we´ll give ourselves the best opportunity for that third test match to be played in the magnificent new stadium."

Melbourne and Sydney will stage the traditional Boxing Day (Dec. 26-30) and New Year´s (Jan. 4-8) matches respectively to round out the series.

The tourists will also play one-day internationals in the same five cities in January 2018, while New Zealand will co-host a Twenty20 series involving all three countries in February.

Sutherland, who has been a major proponent of pink-ball cricket, said consideration had not been given to playing two day-night Ashes matches and that Adelaide had been the natural choice after the success of the first two Tests there.

England are to host their first day-night Test next August at Edgbaston against West Indies.

Alastair Cook, the England captain, said earlier this year he was against playing an Ashes test under lights in comments echoed by Australia counterpart Steve Smith.

Smith came around during last month´s match against South Africa, played with an improved Kookaburra pink ball on a modified wicket, which allowed more of a contest between bat and ball than the maiden day-night Test against New Zealand in 2015.

England hold the Ashes after beating Australia 3-2 on home soil in 2015.