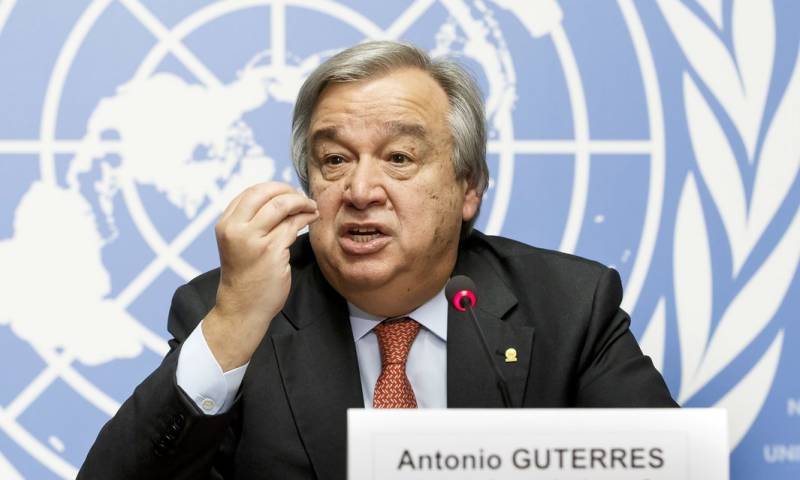 Guterres said, "From the acute crises in Syria, Yemen, South Sudan and elsewhere, to long-running disputes including the Israeli/Palestinian conflict, we need mediation, arbitration as well as creative diplomacy."

He also assured the 193-member General Assembly that he is ready to engage personally in conflict resolution where it brings added value.

Guterres beat out 12 other candidates, seven of whom were women, following a push for the first woman to be elected. He said on Monday he aimed to have gender parity among senior U.N. leadership within his five year term.

Diplomats also confirmed that Guterres is expected to shortly name Nigeria's environment minister Amina Mohammed as his deputy secretary-general. He is also planning to appoint a woman as his chief of staff before the end of the year.

Before her appointment as environment minister a year ago, Mohammed was U.N. Secretary-General Ban Ki-moon's special adviser on post-2015 development planning - a role that culminated last year with the adoption by the General Assembly of sustainable development goals for the next 15 years.

Guterres is the first former head of government to be elected to run the world body and that experience will be reflected in how he operates, diplomats said.

A senior U.N. diplomat said, "He's looking for a big shake-up, reshuffle. He's looking to create ... a different feeling, with the under-secretary-generals much more part of a collective leadership of the U.N."

"Having what he calls a cabinet, like when he was prime minister, his senior officials would come together every week and collectively they would have responsibility for the totality of the organization," the diplomat said.

Diplomats were now watching to see who Guterres appoints to senior U.N. positions amid speculation by diplomats and U.N. officials that China would like one of its nationals to head peacekeeping and that Russia is keen to have a senior role.