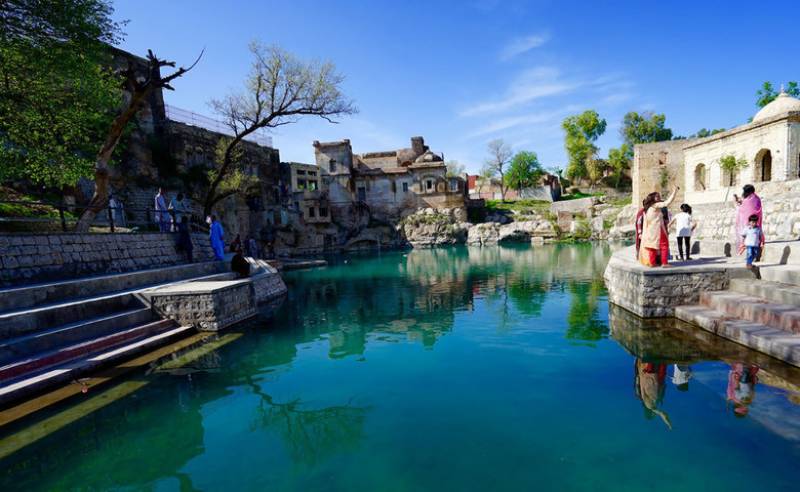 Islamabad (Agencies): The Supreme Court (SC) has ordered Bestway Cement in Chakwal to fill up the Katas Raj temple's pond within a week.

A Bestway Cement factory is one of the four major cement production units located in the area.

A three-member SC bench, headed by Chief Justice of Pakistan (CJP) Mian Saqib Nisar, heard a suo motu case based on media reports that the Katas Raj pond is drying out due to water consumption by nearby cement factories.

The factories are reportedly draining the pond through a number of bored wells which have reduced the subsoil water level the created shortages for domestic users as well.

The prosecution claims that the cement factories in the Katas Raj temple area have worsened the risks of breast cancer and respiratory diseases among people living nearby due to their activities.

"We will not allow cement factories to operate at the cost of people's health," the chief justice ordered.

The bench ordered the Punjab government to provide details of the conditions under which the authorities had allowed the construction of cement factories in the area. The court also sought reports on the environmental pollution factories cause in the area.

SC orders to refill pond next to Katas Raj temple