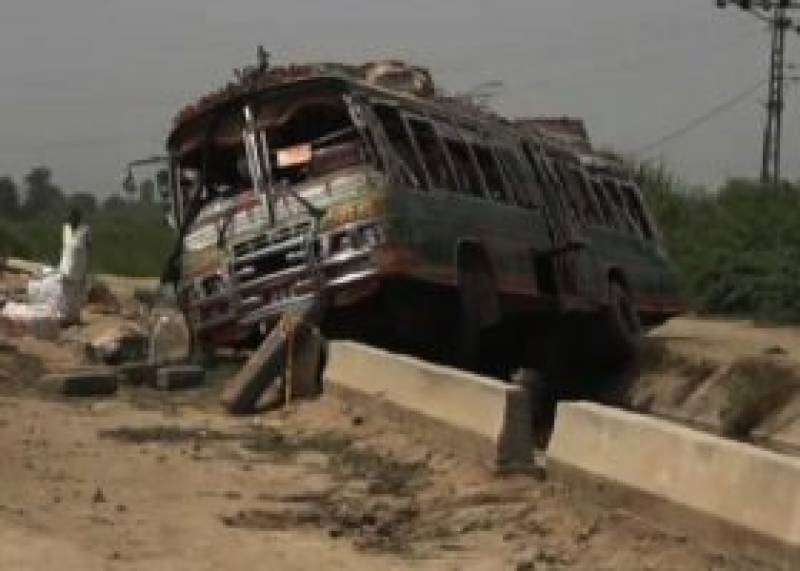 Gujranwala (Staff Report): At least six people were killed and 20 others injured in a major road accident in Wazirabad on Tuesday.

As per reports, a passenger bus collided with a wagon due to over-speeding while negotiating a sharp turn. The injured have been shifted to a nearby hospital for treatment, while identification of the deceased is not known yet.

On Monday, at least eleven people including nine women and a child were killed in an accident on Tando Muhammad Khan road near Husri.

As per details, the accident occurred when a speedy truck collided with the Suzuki van, leaving nine women, a child and a man dead.