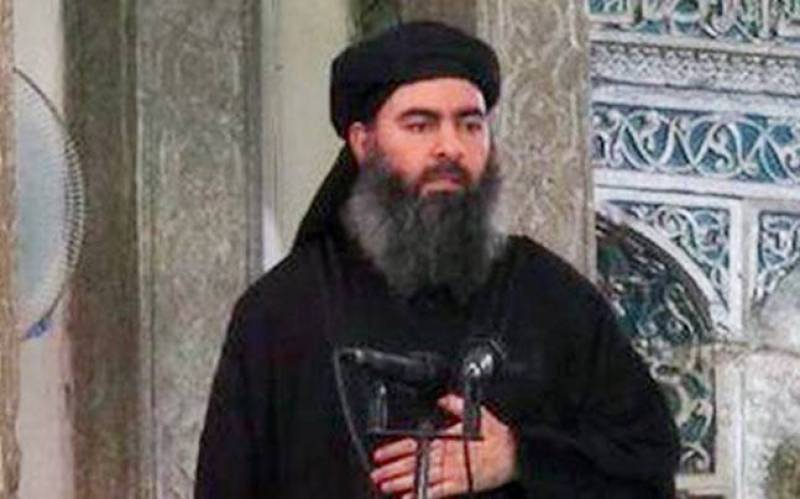 Baghdad (Web Desk): Abu Bakr al-Baghdadi, the leader of the Islamic State, is still alive and being treated at a medical facility in northeastern Syria after being severely wounded in an air raid, a senior Iraqi official said.

Baghdadi is hiding out in the desert on the Syrian side of the Syria-Iraq border northeast of Deir Ezzor province, said Abu Ali al-Basri, director general of Iraq’s intelligence and counter-terrorism office at the ministry of interior, The Telegraph reported.

"We have irrefutable information and documents from sources within the terrorist organisation that al-Baghdadi is still alive and hiding," Mr Basri was quoted on Monday in the government daily As-Sabah.

The official said the Islamic State of Iraq and the Levant (Isil) chief had suffered from “fractures and serious wounds” which were likely the result of previous airstrikes on the organisation’s strongholds in Iraq and Syria.

Baghdadi, who also suffers from diabetes, is thought to have been left unable to walk unassisted  from injuries incurred from a raid in 2015 which were exasperated by another last May.

Mr Basri described his condition as “severe”, saying he added that the jihadist had recently been admitted to a hospital in the Jazeera desert for his “deteriorating psychological state”.

Russia had claimed it killed the reclusive leader, who has not been seen in public since declaring Isil’s caliphate from the Iraqi city of Mosul in July 2014, in an air strike on a meeting of senior Isil commanders near Raqqa on May 28.

However it offered no evidence to back up the claim and it was questioned by the US-led coalition against Isil at the time.