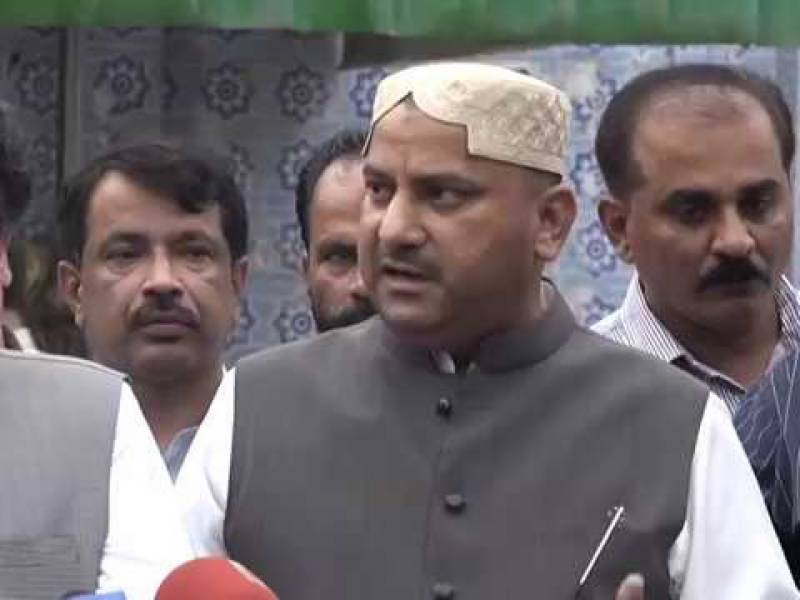 Karachi (Staff Report): The Sindh High Court (SHC) on Wednesday directed the National Accountability Bureau (NAB) to file a reference against former minister Zia-ul-Hassan Lanjar for misuse of power by him and his alleged involvement in corruption.

During the hearing of the case against the Pakistan Peoples Party's (PPP) former minister, the NAB prosecutor informed the court that Zia-ul-Hassan Lanjar is not cooperating in the probe.

The bench ordered the former provincial minister to cooperate with the NAB and directed him to respond to the questionnaire issued by the accountability watchdog.

The NAB prosecutor said that an inquiry against Lanjar was under way and further documents were being collected.

He told the court that Lanjar’s bungalow in Karachi’s Defence area worth Rs90 million was also traced which was not mentioned in his asset declaration form.

During the inquiry, it was found that the sale agreement of the bungalow is in his name but he has transferred the property in his father-in-law’s name,” he added.

The NAB prosecutor alleged that Zia Lanjar deposited public funds, including that of a medical college, in his own accounts through a front-man.

Following this, the court expressed anger over the absence of Lanjar’s counsel, Farooq H Naek, from today’s hearing.

The junior counsel informed the court that Farooq H Naek was busy in Islamabad.

At this, the SHC CJ remarked, “We highly respect Naek but who will run this case and how long will it go on for?”

Justice Ahmed Ali Sheikh added, “Ask him and tell us when he can appear before the court, we cannot adjourn the case unnecessarily.”

After hearing the NAB prosecutor’s arguments, the SHC bench directed the accountability watchdog to file a reference against former provincial minister Zia-ul-Hassan Lanjar and submit a report by March 20.