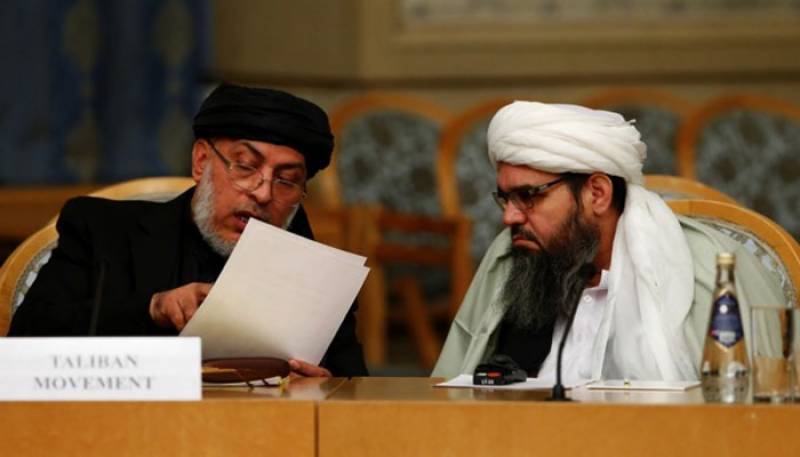 Kabul (Agencies): The Afghan Taliban on Tuesday announced a 14-member negotiating team ahead of peace talks later this month with the US special envoy for Afghanistan.

The team announced in a statement on February 12 is headed by Sher Mohammad Abbas Stanikzai, a leading negotiator of the militant group.

The list also includes Anas Haqqani, the jailed brother of the leader of the Haqqani network, a powerful Taliban faction.

Taliban spokesman Zabihullah Mujahid said Haqqani, who is being held in Kabul, "should be released to start work on the negotiating team."

However, Afghanistan's main spy agency, the National Directorate of Intelligence, said that no decision had been made yet regarding his release.

The announcement comes as talks to end the country's 17-year war involving US envoy Zalmay Khalilzad and Taliban representatives in Qatar appear to be gaining momentum.

US and Taliban negotiators were scheduled to meet again in the Qatari capital, Doha, on February 25, weeks after Khalilzad said a framework peace agreement had been reached with the militants.