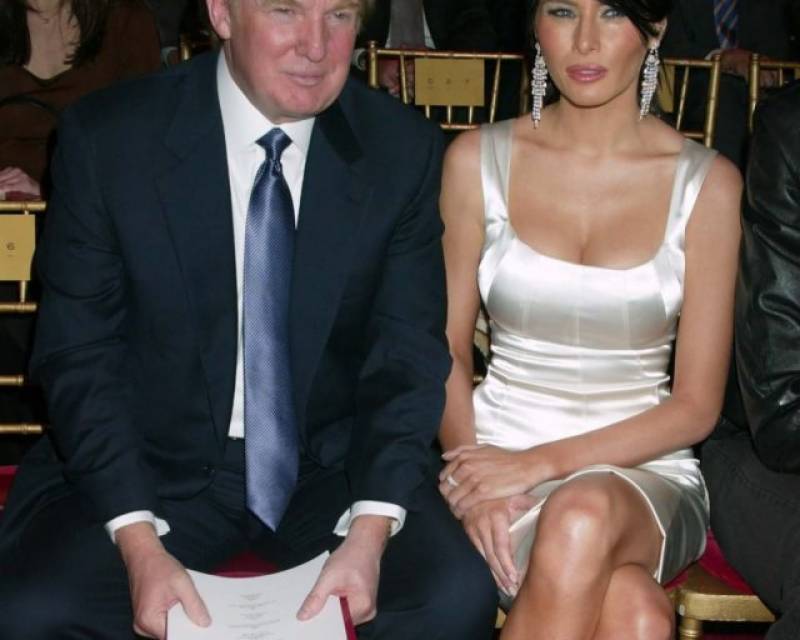 In 1987, the potential first lady chased after her modeling dreams and was named as ‘Slovenia’s Face of the Year’ after winning a contest. After moving to the Slovenian capital, Ljubljana, Melania got her big break when she was discovered on the street by a photographer named Stane Jerko. In 1984, the former model graduated from the local high school. Her friends have mentioned that she always dreamed of leaving their hometown and moving abroad. Melania’s father Viktor Knavs was a listed member of the League of Communists, however, her mother Amalija Ulcnik was not a member. Melania met husband Donald Trump when he was 52-years-old and she was 28 working as a model–he was determined to date her. Throughout her modeling career, Melania has participated in some pretty racy photoshoots–and has even posed in the nude. Melania was featured on many magazine covers over the past few decades, including this iconic one from GQ Magazine. Before Melania married Donald Trump back in 2005, he had two previous wives–Ivana Trump and Marla Maples. After Donald Trump’s taking oath as President, Melania will be only the second first lady in history who wasn’t born in the United States–the only other was Louisa Adams. The story originally appeared in The Santiago Times.