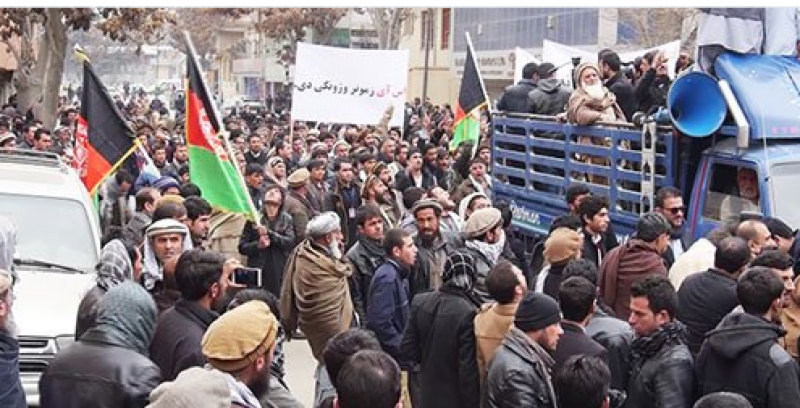 Kabul: The dust following the twin blasts at Afghan capital has hardly settled and scores of protesters have started gathering outside Pakistan embassy at Kabul.

Raising slogans against Pakistan & Pakistan Army ISI the protestors accused the Pakistan embassy of being a “nest of spies in Afghanistan” and said the "ISI supports insurgents and had a hand in recent terrorist attacks in the country".

“ISI is responsible for the attacks. We know it and we have witnessed it,” Fahim Kohdamani, a member of AGT was quoted as saying.

A video uploaded by the organisation on Twitter shows a mob burning an effigy during the protest.

The protest came three days after three Afghan cities, including the capital, were targeted by major attacks that left dozens dead and scores more injured. Five officials of the United Arab Emirates also died in the attacks.