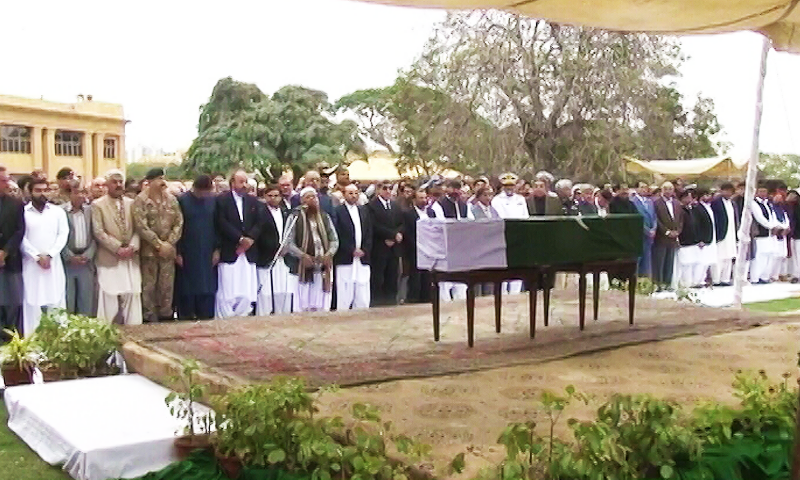 The funeral prayers of Justice (retd.) Saeed-uz-Zaman Siddiqui, who passed away on Wednesday, offered at Governor House in Karachi at 1.30 pm today. He laid to rest at Gizri graveyard of the city.

Governors of other provinces along with political figures and members of civil society attended his funeral ceremonies.