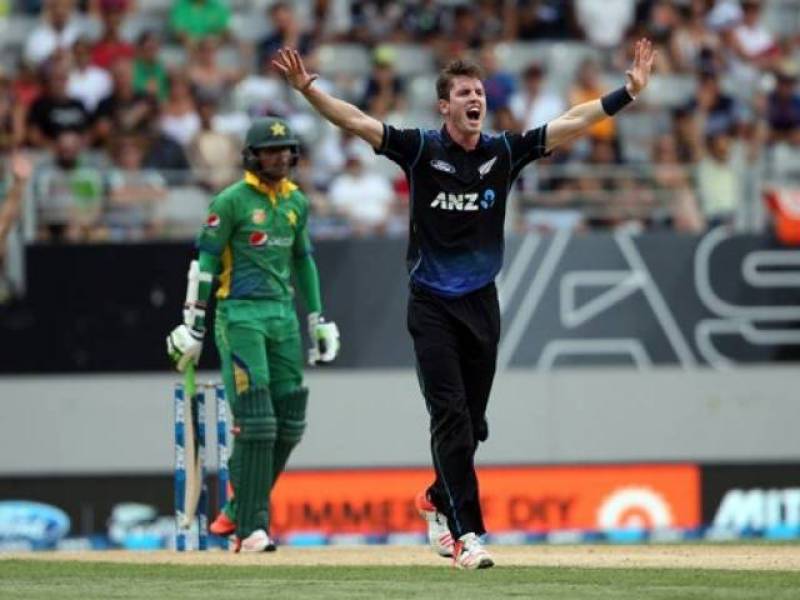 Wellington (Web Desk): New Zealand, batting first, were restricted to 257, with their innings boosted by 11 off the final over before Boult was dismissed on the last ball.

Pakistan were all out for 74 in the 28th over to give New Zealand an unbeatable 3-0 lead in the five-match series.

At eight for 32, Pakistan were threatening two unwanted records, the lowest ODI score of 35, held by Zimbabwe, and Pakistan’s own lowest score of 43, before Sarfraz Ahmed (14 not out), Mohammad Amir (14) and Rumman Raees (16) delayed the inevitable finish.