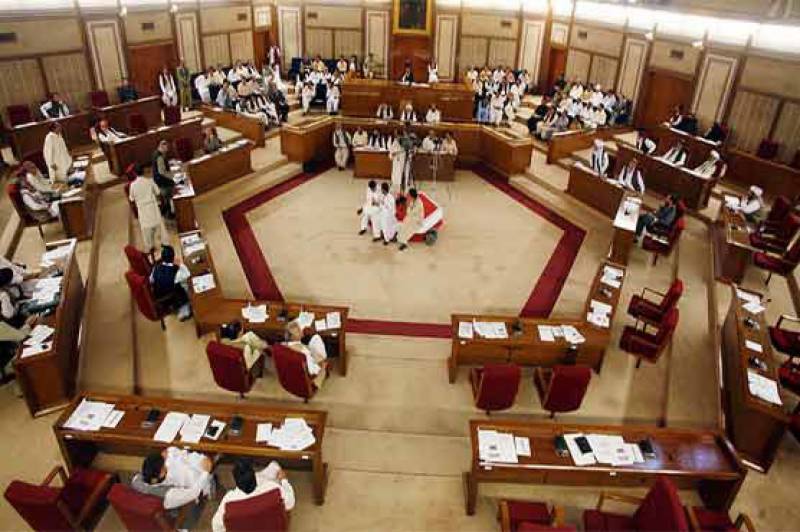 Quetta (Staff Report): Balochistan Assembly will elect its new Leader of the House in a session scheduled to be held today (Saturday), days after former chief minister Sanaullah Zehri stepped down ahead of a no-confidence motion against him.

According to details, the opposition in the Balochistan Assembly has announced full support to newly nominated Chief Minister, Abdul Quddus Bizenjo after Sanaullah Zehri resigned due to lawmakers’ no-confidence motion.

Security has been beefed up in and around the assembly building and pickets have been formed at four locations for security checking.

Addressing a joint news conference in Quetta, Deputy Opposition Leader in the provincial assembly, Engineer Zamruk Khan Achakzai along with other coalition partners hoped that the nominated Chief Minister Abdul Quddus Bizenjo would establish peace and security in the province and address the public issues.

A no-confidence motion was submitted against Zehri on January 2 by MPAs Mir Abdul Quddus Bizenjo and Syed Agha Raza and had the signatures of 14 lawmakers.

In order to retain his position as chief minister, Zehri required the support of 33 members from a house of 65.

A political crisis developed in Balochistan following the no-confidence motion, with efforts stepped up by the PML-N, which has a government both in the centre and province, to defuse the situation. Zehri was forced to resign after some members of his own party, the PML-N, joined the opposition in its demand to remove him from office.

The crisis heightened with the resignations of several cabinet members and advisers to chief minister Zehri.

Zehri had also been advised by Prime Minister Shahid Khaqan Abbasi to step down as chief minister in order to defuse the political crisis.