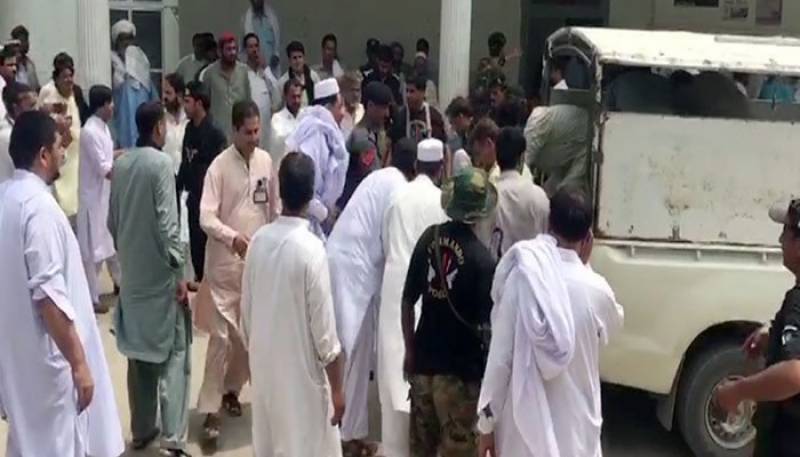 Bannu (Staff Report): At least four people were killed and 39 others were injured in an attack on the convoy of former Khyber Pakhtunkhwa chief minister and Jamiat-Ulema-Islam (F) leader Akram Khan Durrani in Bannu on Friday.