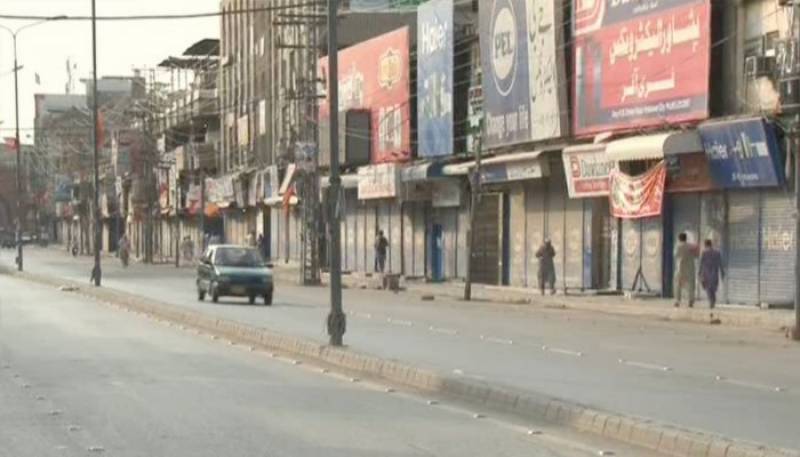 Lahore (Web Desk): Traders are observing complete shutter-down strike across the country today against the increase in taxes by the federal government.

The All Pakistan Anjuman-e-Tajran (APAT) had announced to observe a complete shutter-down strike across the country from July 13.

According to reports, traders in several cities including Karachi, Lahore, Peshawar, Multan and DI Khan are observing massive shutter down, however, differences emerged amongst traders in Karachi as several parts of the markets remain open.

Addressing a press conference in Islamabad, APAT leaders urged the government chairman to bring in a ‘fixed tax system’ in the country.

They refuted the impression that the traders’ unions were launching a strike on behalf of any political party and challenged Federal Bureau of Revenue (FBR) Chairman Shabbar Zaidi for a debate over the claim that some political party has pushed traders for the strike.

In Lahore, most traders’ associations and organisations have announced to observe shutter-down across the city on Saturday (today) in protest against the taxes imposed by the federal government in budget 2019-20.

In Karachi, the traders’ associations and organisations have divided into two groups for observing the strike. The first group which has most of the support called to keep their shutters down is being led by the All Pakistan Anjuman-e-Tajiran and the Karachi Tajir Ittehad.

In Faisalabad, major business markets remained closed in the city.

The traders and businessmen have also announced a strike against the imposition of 17 per cent sales tax in the tribal districts as well, with as many as 35 steel mills reportedly shut down in the tribal regions.

Meanwhile, The Karachi Tajir Action Committee (KTAC), including the Electronic Market Association, Sindh Tajir Ittehad, Tajir Associations of the Old City area and Medicine Market Association have decided to oppose the call for the strike.