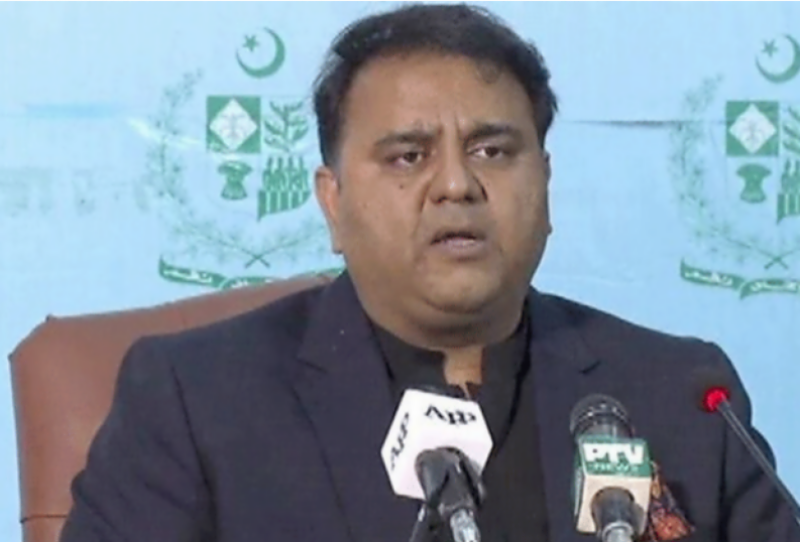 The minister revealed it while briefing media on decisions taken by the Federal Cabinet in a meeting chaired by Prime Minister Imran Khan.

He said that the cabinet approved Interior Ministry's report recommending the ban on TLP to continue.

Fawad said the ban on TLP had been imposed on merit and in light of solid facts as the organization was involved in arson and torture of police personnel.

“Law Ministry is working to get the election symbol of TLP cancelled as per law,” the minister informed.

“The cabinet gave approval to 25 percent special allowance to the armed forces to bring their salaries at par with other departments,” Chaudhry said, adding that the prime minister also instructed to extend this facility to Rangers and the Frontier Corps (FC).

He said that the cabinet also approved to fix retail prices of 49 medicines.

Fawad Chaudhry said that the cabinet was informed that Saudi Arabia would release 85 Pakistani prisoners on the occasion of Eid-ul-Adha.

“A special plane would be dispatched to bring them back from Saudi Arabia,” the minister said, adding that the government is also making strenuous efforts to bring Pakistani citizens detained in different countries on minor charges.

Shedding light on the COVID-19 situation in Pakistan, said 20 million people have so far been vaccinated.

He added that over half million people were vaccinated yesterday alone, which is the highest number since the start of vaccination drive.

Urging the people to observe Standard Operating Procedures (SOPs) to prevent spread of the pandemic and to get them vaccinated, the minister said cases in Karachi and Khyber Pakhtunkhwa increased in last few days, while situation in Punjab is under control.

Fawad Chaudhry said that Asset Management Company is being established to manage the properties of the federal government.

He said Prime Minister Imran Khan expressed concerns on the depleting green areas in Islamabad and directed different institutions, including Pakistan Navy and Pakistan Air Force to remove fences from their properties to protect green areas.

The information minister said that the Ministry of States and Frontier Regions presented a report on Afghan Refugees in Pakistan.

He said that the international community should extend maximum cooperation to bring peace in Afghanistan and resolve the issue of Afghan refugees.