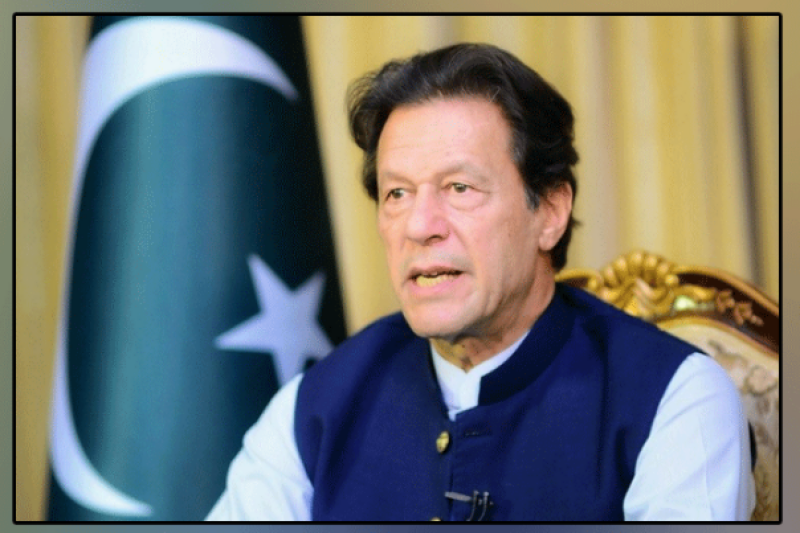 Islamabad (Web Desk): Prime Minister Imran Khan on Tuesday paid tribute to the martyrs of July 13, 1931 on Martyrs’ Day saying that said Pakistan stands with the Kashmiris in their just struggle and will not compromise till they get their right to self-determination guaranteed by resolutions of the United Nation Security Council (UNSC).

“We stand with Kashmiris on the Kashmir Martyrs’ Day and pay tribute to 22 Shuhada of 13 July 1931, martyred when the Dogra Maharaja’s soldiers fired on peaceful protestors,” he tweeted.

PM Imran added that the struggle of Kashmiris against tyranny and illegal Indian Occupation is “steeped in a history of resistance and sacrifice”.

This indomitable spirit of resistance remains alive as Kashmiri men & women continue to fight illegal Indian Occupation. Pakistan stands with the Kashmiris in their just struggle & will not compromise till they get their right to self determination guaranteed by UNSC resolutions.

Meanwhile, in a statement on the occasion, Foreign Office (FO) Spokesperson Zahid Hafeez Chaudhry said the federal government and people of Pakistan pay homage to the 22 sons of IIOJK who laid down their lives fighting the brutal Dogra forces in Srinagar in 1931.

“Pakistan reaffirms its support to the Kashmiri brethren in their just struggle against Indian oppression till the realization of their inalienable right to self-determination as enshrined in the relevant UN Security Council Resolutions,” the spokesperson added.

The courage of these martyrs galvanized an unparalleled struggle for self-determination in 1931 that continues till date, he said.

“During this year alone, the Indian Occupation Forces have extra-judicially killed 85 innocent Kashmiris including young boys and women; arbitrarily arrested and detained 537 Kashmiris, and destroyed 31 houses of Kashmiri people,” the FO spokesperson elaborated.

“Over 390 Kashmiris have been martyred by the Indian Occupation Forces in IIOJK since August 5, 2019.”

Chaudhry further added that the unabated Indian repression over the past seven decades had failed to break the will of the Kashmiri people. “We once again call upon the international community, particularly the UN and human rights organizations, to investigate the persistent extra-judicial killings of Kashmiris by Indian Occupation Forces and bring the perpetrators of these heinous crimes to justice.”

Kashmir Martyrs' Day is being observed today on both sides of the Line of Control (LoC) and around the world to pay homage to Kashmiris martyred by the troops of Dogra Maharaja on July 13, 1931.

The All Parties Hurriyat Conference (APHC) has appealed the Kashmiris to observe a complete strike in Indian occupied Jammu and Kashmir (IIOJK) in view of the ‘Kashmir Martyrs' Day.'

A march towards the Martyrs’ Graveyard at Naqashband Sahib in Srinagar will also be held today where the martyrs of 13th July were buried.

In a statement in Srinagar, APHC spokesman said that the objective of the shutdown and the march is to convey to the world that the Kashmiris will never accept Indian subjugation.

It is pertinent to mention that on July 13, 1931, the troops of Dogra Maharaja had killed 22 Kashmiris, one after the other, outside the Central Jail in Srinagar during the court proceedings against one Abdul Qadeer who had asked the Kashmiri people to defy the Dogra Rule.