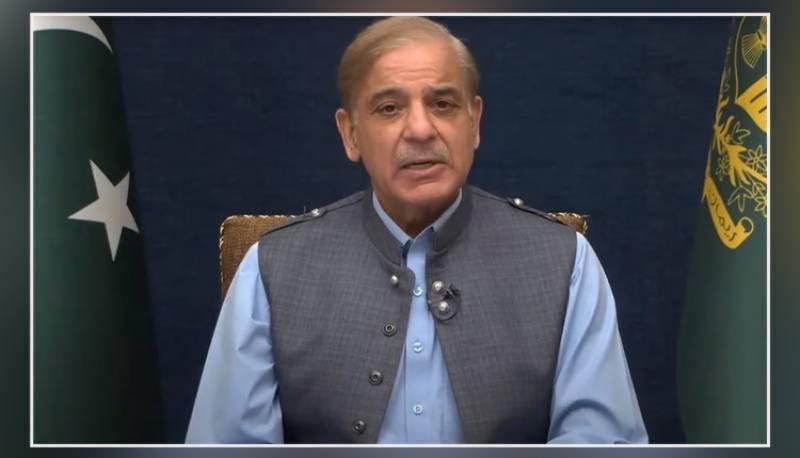 Islamabad (Web Desk/Agencies): Prime Minister Shehbaz Sharif on Wednesday said despite the Indian tyranny, the Kashmiris from generations were making the struggle to achieve freedom.

In his message on Twitter on the Kashmir Martyrs’ Day, the premier said, "The flame of freedom from the Indian yoke has been kept alive by the generations of Kashmiris in the face of Indian tyranny and oppression."

PM Shehbaz said that the Kashmir Martyrs’ Day was a reminder of the sacrifices Kashmiris had rendered for their inalienable and the United Nations’ sanctioned right to self-determination.

Kashmir Martyrs' Day is a reminder of sacrifices Kashmiris have rendered for their inalienable & UN-sanctioned right to self-determination. The flame of freedom from the Indian yoke has been kept alive by the generations of Kashmiris in the face of Indian tyranny & oppression.

The government and people of Pakistan on Wednesday solemnly observed the 91st Youm-e-Shuhada-e-Kashmir (Kashmir Martyrs’ Day) and paid homage to the 22 Kashmiri martyrs who rendered the ultimate sacrifice while braving the indiscriminate force unleashed on them in 1931 by the Dogra forces.

In a statement the Foreign Office (FO) said, "On this somber day, we join our Kashmiri brethren on either side of the Line of Control (LoC) in commemorating the contribution of the Martyrs of 1931.”

"Regretfully, Kashmiris are still struggling against India’s illegal occupation. Even today, the 900,000-strong Indian occupation forces continue to hold hostage the Kashmiri people under the worst form of military siege to perpetuate their wrongful occupation of Jammu and Kashmir," the FO added.

The statement mentioned that India’s illegal and unilateral actions of 5 August 2019 were yet another attempt to strip the Kashmiri people of their distinct identity and turn them into a minority in their own land.

In 2020, hurting the sentiments of the Kashmiris, India scrapped the regional public holiday on Kashmir Martyrs’ Day which had been observed every year since 1948. India also discontinued the traditional guard of honor ceremony at the Martyrs’ Graveyard.

"As we honor the invaluable sacrifice of the heroes of 1931 as well as all innocent Kashmiris who have laid down their lives in this just struggle, Pakistan once again urges India to immediately halt its state-terrorism in the Indian Illegally Occupied Jammu & Kashmir (IIOJK)," the FO said.

The FO urged India to cease all human rights violations, release all political prisoners, lift the in-human military siege, stop its attempts to change the demographic structure of the occupied territory, and let the Kashmiri people exercise their legitimate right to self-determination.

"We also call upon the international community, international human rights organizations, and particularly the United Nations (UN) and its human rights mechanism to take cognizance of the dire human rights and humanitarian situation in the IIOJK and ensure peaceful resolution of the Jammu and Kashmir dispute in accordance with the relevant UNSC resolutions and the wishes of the Kashmiri people,” it said.