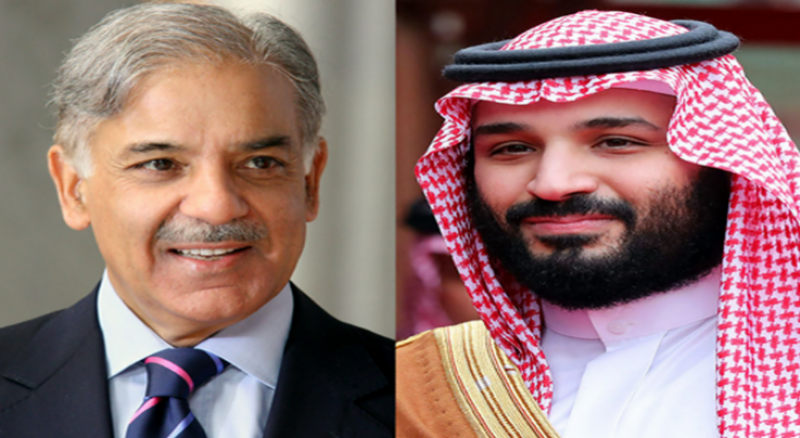 According to details, the premier telephoned the Saudi Crown prince and and extended greetings to him on the occasion of Eid-ul-Azha.

He also felicitated the Saudi crown prince on the successful Hajj operation and thanked the Saudi leadership and government for taking care of the Hajj pilgrims, particularly those from Pakistan.

Reiterating the close brotherly ties between the two countries, the prime minister cited deep-rooted bilateral relations which were getting stronger with the passage of time.

Both the leaders discussed the ongoing bilateral projects and agreed to strengthen the cooperation in the fields of trade and investment.

They also agreed to pursue a joint strategy for execution of the decisions taken during the prime minister’s visit to the Kingdom in April 2022.