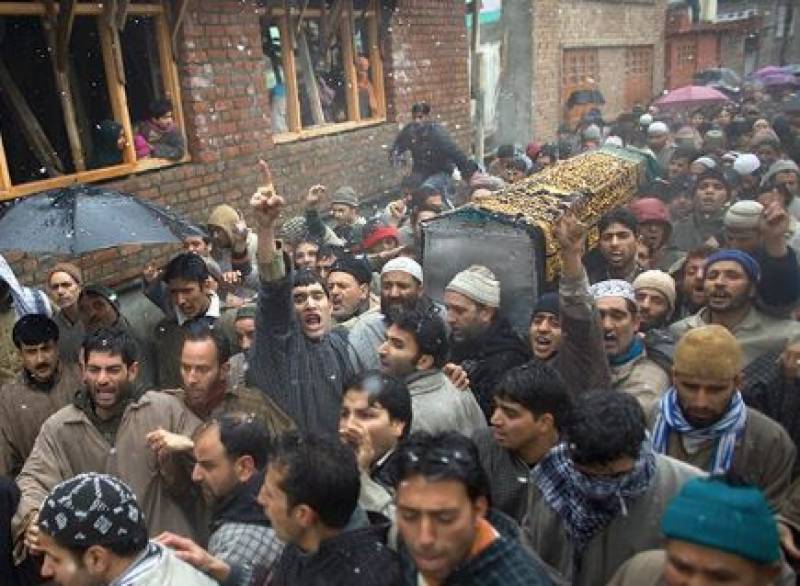 According to Kashmir Media Service (KMS), the troops martyred two youth each during cordon and search operations at Nipora in Kulgam and in Lallan area of Islamabad.

Indian police and troops have sealed all entry and exit points of the areas and suspended internet service.

Addressing the protest rallies, the speakers slammed the Indian demonic regime for its Hindutva agenda in the occupied territory, whose final status on the basis of right to self-determination is yet to be decided.