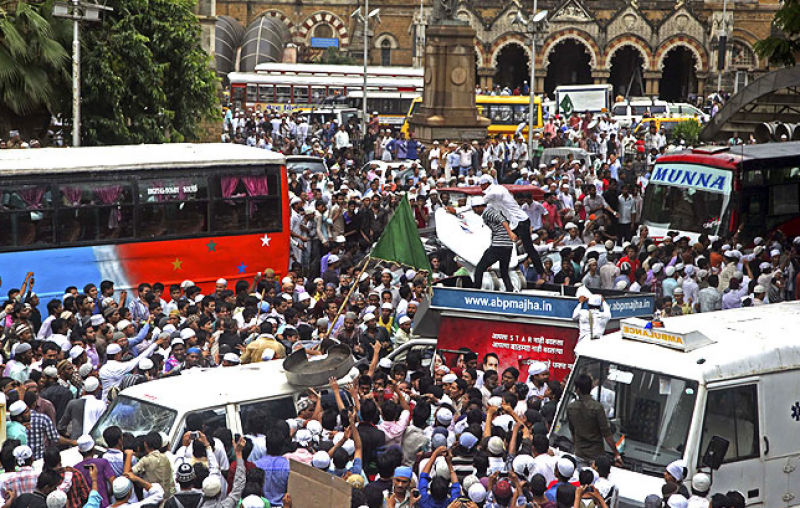 Islamabad (Agencies):Indian authorities have imposed restrictions in several areas of Assam state of India to prevent protests against blasphemous remarks by the ruling BJP leaders.

According to Kashmir Media Service, the authorities stopped and restricted protests in Muslim dominated Cachar, Karimganj and Hailakhandhi districts of the state.

The prohibitory orders have been promulgated after the protests erupted against blasphemous remarks by BJP leaders in many places of India.

“There is an ample apprehension of breach of public peace and tranquility, loss of human life and property due to public gathering on the issue in the district,” separate orders of the Cachar, Karimganj and Hailakhandhi district administrations added.

The DMs’ orders said that no procession, rally, dharna (demonstration), distribution of leaflets, banners and posters will be allowed in these three districts.

Earlier, several rallies were also taken out in certain places of the three districts on Friday and Saturday and the police stopped them leading to the imposition of the prohibitory orders.

Meanwhile, police used brute force and arrested over two dozen Muslim leaders, including women who held a protest march against blasphemer BJP leaders. The police made the arrests when the Muslims gathered in the Juhapura area in Ahmadabad to organize an anti-blasphemy march.

Heavy police deployment has been made in the area, said a police officer.

Surat police of the state have also arrested five persons for printing and circulating posters of Nupur Sharma. These posters were posted in Kadarshani Nal Road area in Surat city, they had even circulated video of posters on social media.