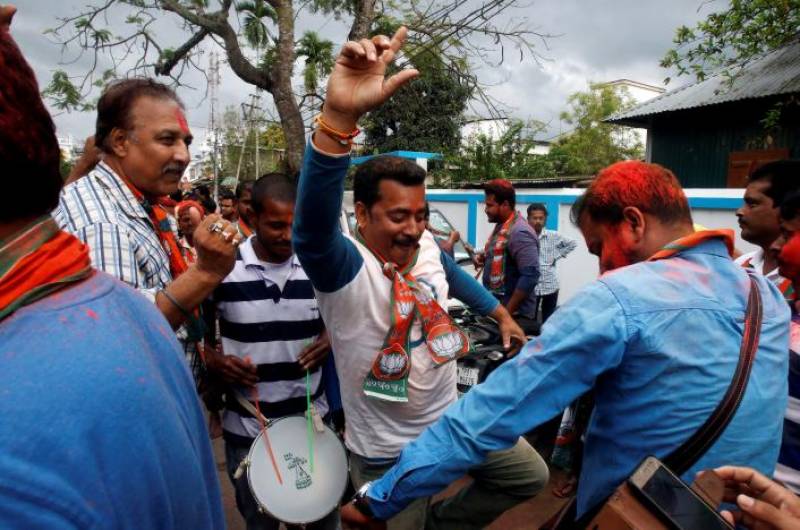 New Delhi: Indian Prime Minister Narendra Modi's party expects national elections in 2019 to deliver an even bigger mandate than in 2014, its leaders said on Sunday, buoyed by a thumping victory in the country's most politically important state.

As well as winning Uttar Pradesh with the biggest majority for any party since 1977, Modi's Bharatiya Janata Party (BJP) is moving closer to forming governments in at least two more of the five states that went to polls recently. Federal Defence Minister Manohar Parrikar will resign soon to lead the state government of Goa, BJP leaders told a news conference. BJP president Amit Shah said: "In coming days BJP's winning ways will be seen in other states too. We will get a much bigger mandate in 2019 under Modi."

Many investors hope the BJP will embark on a round of new reforms to boost growth and fight endemic corruption. The BJP won the biggest government mandate in three decades in 2014 and the prospect of a tighter grip on power is not something Modi's critics relish. They say his surging popularity and the lack of a strong opposition could further embolden hardline Hindu factions close to his party and isolate Muslims and other minorities. The state victories are being seen as an endorsement of Modi's high-risk decision last November to scrap high-value banknotes, an anti-corruption measure that was unpopular which many economists said would hamper growth.

The wins vindicated his decision to turn the campaign into a referendum on his own performance since coming to power more than two-and-a-half years ago. With expectations rising high, his biggest challenge now will be to create millions of jobs for the country's surging population.

"We may get things wrong, but we won't do anything with wrong intentions," Modi said in a speech at the BJP headquarters, broadcast live by several television networks on Sunday evening. Modi said 2022, the 75th anniversary of independence, would be marked by a "New India". "We have got five years ... for 1.25 billion of my countrymen to take India forward," he said, urging Indians to unite, as his supporters chanted "Modi! Modi!".

"The election results have strengthened the resolve to fulfil the dreams of the India of 2022."