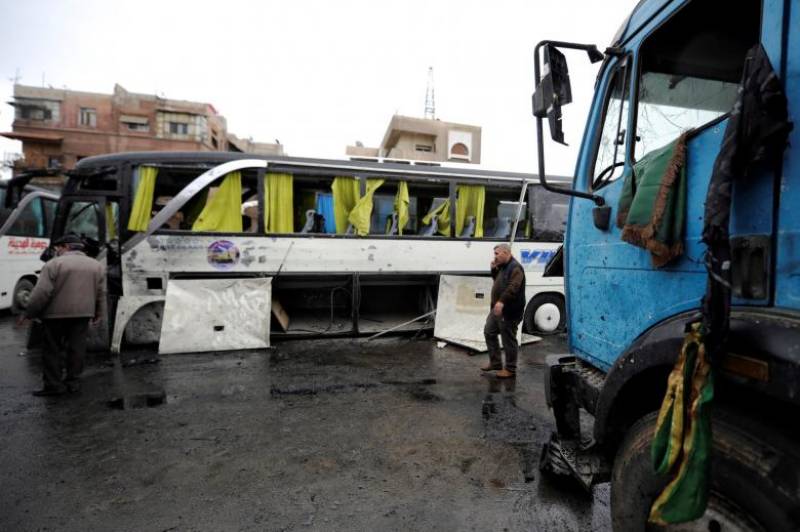 Damascus, Syria (Reuters): A Syrian alliance of jihadist groups known as Hayat Tahrir al-Sham said on Sunday it was responsible for a double suicide bomb attack in the capital Damascus that killed dozens of people.

The group said the attack on Saturday targeted Iranian-backed militias in revenge for what it said was their role in supporting President Bashar al Assad's "tyrannical rule", holding them responsible for "killing and displacing" Syrians.

The Syrian Observatory for Human Rights, a British-based war monitor, said most of those killed in the attack were Iraqi Shi'ite Muslim pilgrims who were going to visit a cemetery near the Old City of Damascus. It said at least 20 pro-government fighters also died.

In the six-year-old Syrian civil war, Assad is fighting against rebels, who are mainly Sunni Muslim, with the support of Iranian-backed Shi'ite militias from countries including Iraq, Afghanistan and Lebanon.

Many rebel groups say Iranian-backed militias are trying to evict Sunnis from around Damascus and other areas that are strategically important in the war.

Hayat Tahrir al-Sham was created from a merger of Jabhat Fateh al-Sham - formerly al Qaeda's Nusra Front - and several other groups. The jihadist alliance, which is not linked to Islamic State, includes some of the most hardline rebel elements fighting Assad.