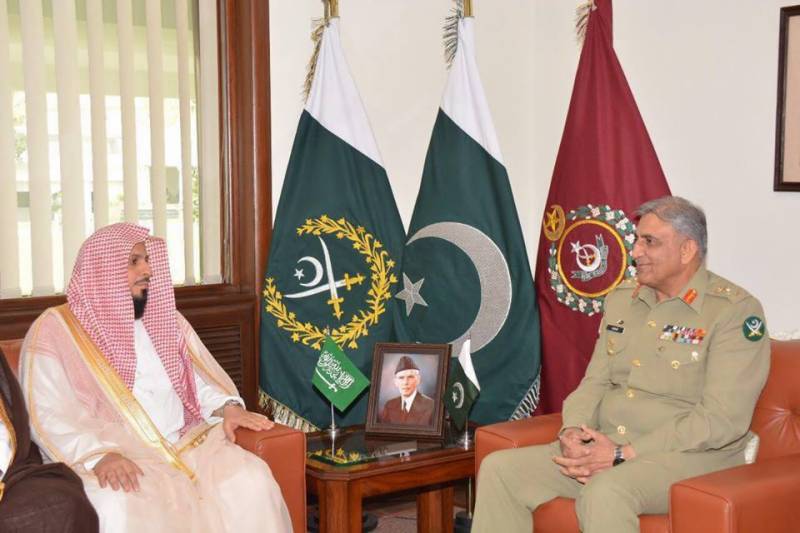 According to details, during the meeting COAS and Imam-e-Kaaba discussed important matters of mutual interest and cooperation specially to eradicate the issues of extremism, terrorism and suicide attacks.

During his address, the Imam-e-Kaaba said that Pakistan has a significant place in the Muslim world and it is playing its fundamental role for the region stability and peace.

While condemning sectarianism and extremism the Imam-e-Kaaba said, terrorism should not be linked with Islam because it is equally intolerable for Muslims as well as for others.

He discussed the Kashmir issue and called Muslim unity internationally to fight back terrorism and extremism.

On the other hand, the Army Chief said, ‘Relations between Pakistan and Saudi Arabia are based on brotherhood and mutual trust. They will continue to play part for stability, peace, prosperity and betterment of Muslim Ummah.’

South African Army Lieutenant was briefed about Pakistan’s contribution for the eradication of terrorism and for the maintenance of regional peace and stability.

General Lindila Yam in Rawalpindi acknowledged the sacrifices and achievements of Pak Army in combating terrorism onnational and international level.