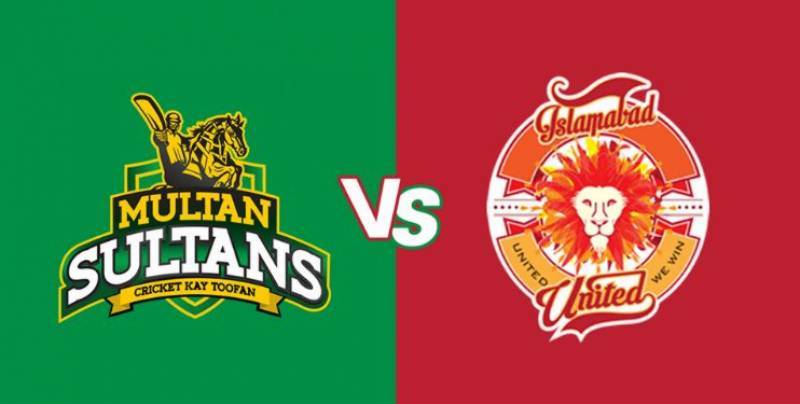 The match will start on 09:00 pm PST, Islamabad United played 7 matches and is on second position with 10 points.

On the other hand Multan Sultans has played 8 matches and now is on fourth position with 9 points after a remarkable performance in the beginning of PSL.