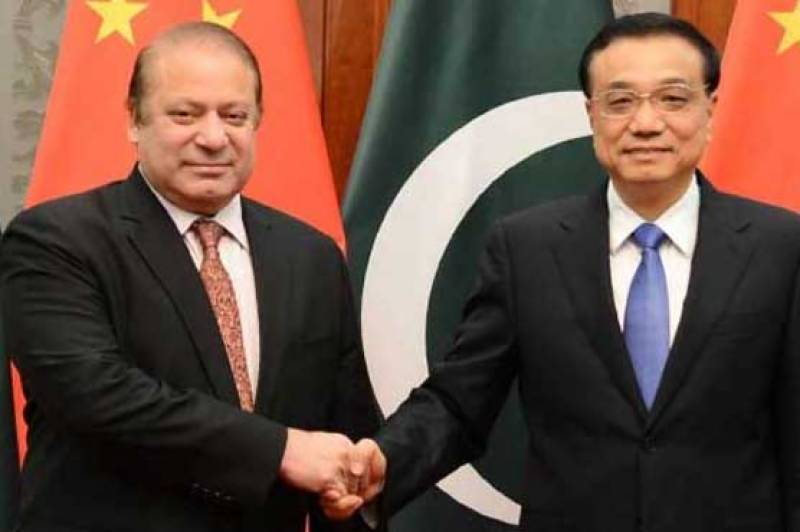 Beijing (Web Desk): Prime Minister Muhammad Nawaz Sharif, who is on a six-day visit to China, called on his Chinese counterpart Li Keqiang on Saturday for meeting and felicitated him for organising ‘One Belt One Road Initiative’.

At the meeting, PM Sharif said that Pakistan consider China as its most important friend and it fully supports the Initiative of One Belt One Road and participation of key world leaders in the forum was a good omen.

The Pakistan premier said, "We all stand as one for the China-Pakistan Economic Corridor and Pakistan is determined for its early completion."

After the meeting between the two heads, ministers from the two sides signed memoranda of understanding (MoU) of multiple agreements between China and Pakistan. All the four chief ministers from Pakistan were also present on the occasion.

The Prime Minister will attend the inaugural session of the summit, which is scheduled to start from Sunday, and the plenary meeting of high-level dialogue and the state banquet. He will also attend the leaders' roundtable sessions on second day of the forum.