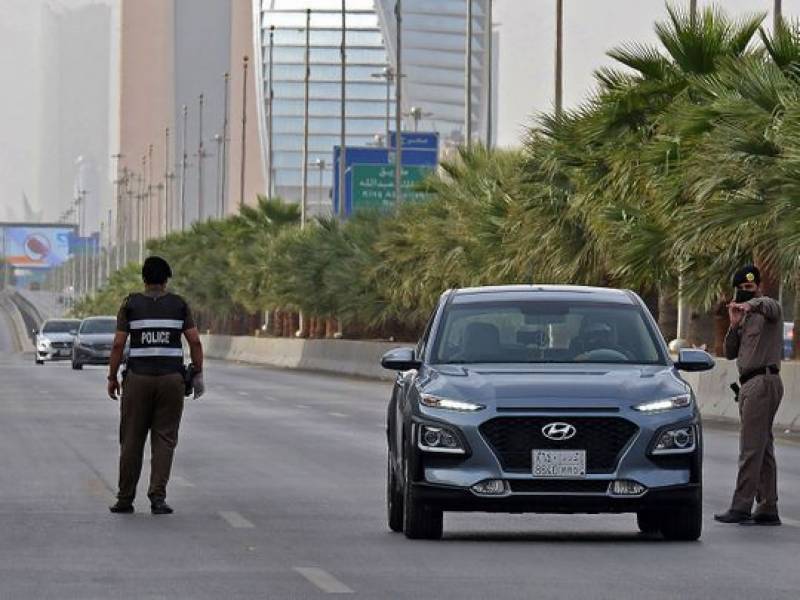 Riyadh (Web Desk): Saudi Arabia's interior ministry on Tuesday announced that a round-the-clock nationwide curfew will be implemented during the five-day Eid al-Fitr holiday to control the spread of the coronavirus.

The kingdom, which has reported the highest number of virus cases in the Gulf region, is scrambling to limit the spread of the deadly disease.

A full lockdown will be reimposed around the country from May 23-27, the ministry said in a statement released by the official Saudi Press Agency. The period coincides with Eid that marks the end of the holy fasting month of Ramadan.

Most parts of the kingdom were put under full lockdown following the outbreak, but last month the government relaxed the curfew between the hours of 9am and 5pm.

Malls and retailers have been allowed to reopen, except in major hotspots including the holy city of Makkah — where confirmed cases have soared, despite a stringent lockdown.

The health ministry said on Tuesday the number of COVID-19 deaths had risen to 264 and confirmed infections to 42,925, while 15,257 people have recovered.

In March, Saudi Arabia suspended the year-round "umrah" pilgrimage over fears of the disease spreading in Islam's holiest cities.

Authorities are yet to announce whether they will proceed with this year's hajj — scheduled for late July — but they have urged Muslims to temporarily defer preparations for the annual pilgrimage.

Last year, some 2.5 million faithful travelled to Saudi Arabia from across the world to participate in the hajj, which Muslims are obliged to perform at least once during their lifetime.