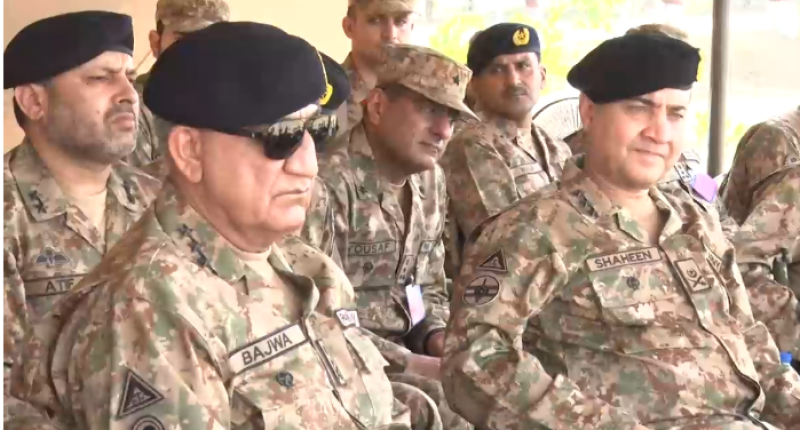 The COAS appreciated the overall training spirit and proficiency of participating troops.

He commended the overall operational readiness of the formations against an evolving threat regime while further emphasising on learning relevant lessons from the ongoing conflicts around the world.