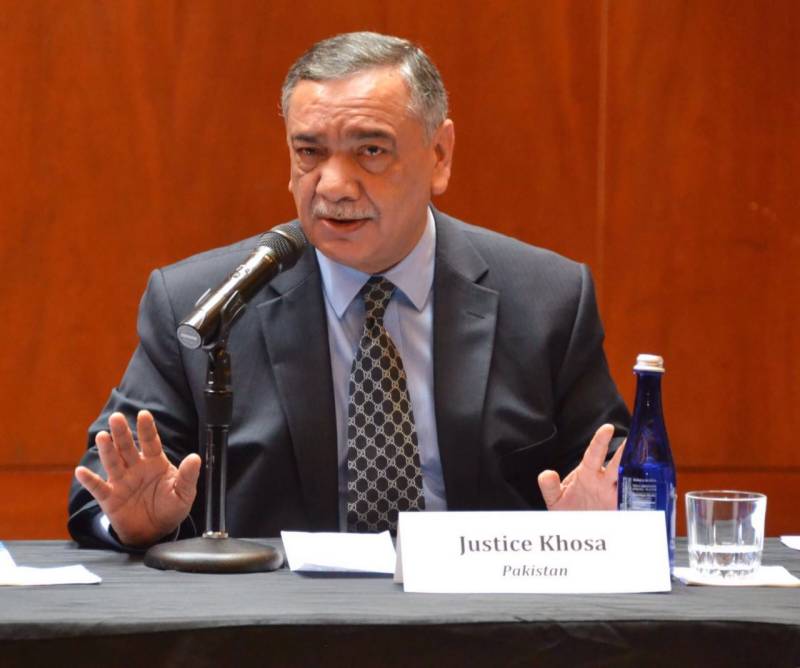 Islamabad (Staff Report): The hearing of Hudaibiya case has been adjourned for unspecified period of time after Justice Asif Saeed Khosa excused himself from the bench hearing the plea.

Justice Khosa said Registrar Office, mistakenly, set the case before him as it seems that the Registrar Office did not hear my ruling in Panama case, adding, “I wrote 14 paragraphs regarding Hudaibiya case in the ruling.”

Justice Khosa said he gave the ruling even about Ishaq Sar in connection with Hudaibiya Papers Mills, adding the finance minister was earlier an accused in the case then he became an approver.

Justice Khosa also said he had already asked the NAB for an action with regard to Hudaibiya case.