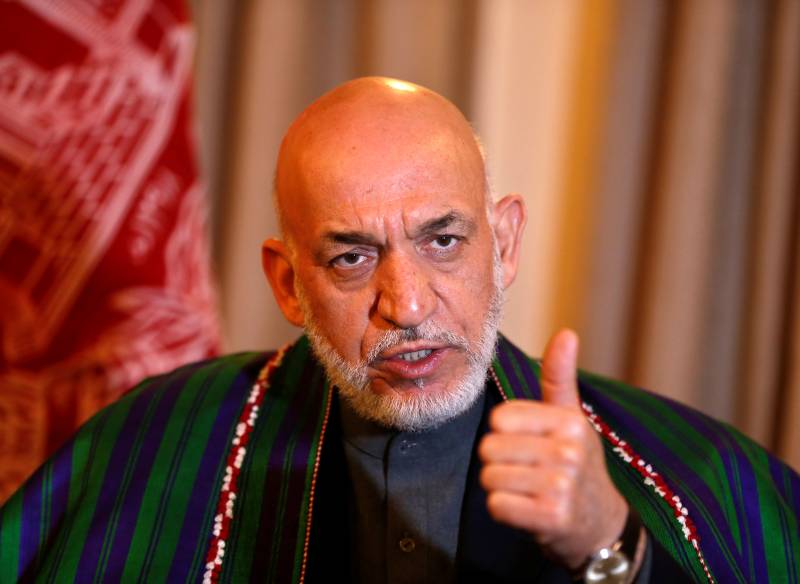 “We want good relations and friendship with Pakistan,” he said at a press conference in Kabul. “But the Afghan nation will never accept Durand Line as the formal border between the two nations.”

The Afghan leader refuted claims that 20 terrorist groups were operating in the country, expressing concerns on the “deployment of Islamic State (IS) fighters by alien helicopters”.

In a conversation with Russia Today earlier this month, the former president had noted that “unmarked, nonmilitary colour helicopters” were supplying weapons across Afghanistan, hinting at the possibility of the US assisting the Islamic State.

He also questioned the emergence of the Islamic State in Afghanistan under the watch of the US forces and intelligence agencies. “US came to defeat extremism but we have more of it today, so the question is why?” he asked.