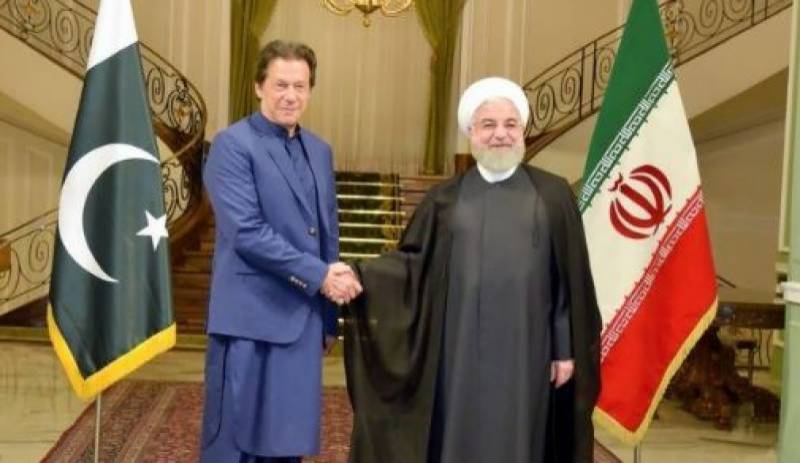 Addressing a joint press conference with the Iranian president, PM Imran said, his visit is aimed at reducing tensions between Iran and Saudi Arabia as Pakistan does not want any other conflict in the region.

The PM said Pakistan has suffered 70,000 casualties in war on terrorism and neighboring Afghanistan also suffered badly in the conflict going on in that country. Imran Khan also mentioned the conflict in Syria and the plight of Syrians as a result of it. The premier stated that Saudi Arabia is one of the closest friends of Pakistan and Riyadh has always helped us in all times of need.

Imran Khan emphasized that Pakistan does not want any conflict between Iran and Saudi Arabia while recognizing that it is a complex and complicated issue. The Prime Minister said he strongly believes that any issue could be resolved through dialogue and talks.

He said any new conflict in the region could have far reaching implications and sufferings of people. The Prime Minister pointed out that a conflict in gulf region could lead to increase in oil prices and more poverty for the developing countries. He made it clear that some vested interests want conflict between Iran and Saudi Arabia.

Imran Khan unequivocally said that this is purely an initiative of Pakistan and no one asked us to do this.

The Prime Minister said during his recent meeting with President Donald Trump, he was asked to do something on dialogue with Iran.

The Prime Minister appreciated Iran for extending support to people of Occupied Kashmir. He said more than eight million Kashmiris are under curfew for over two months and are suffering innumerable difficulties. He said the occupation authorities have imposed a total communication blockade in Occupied Kashmir and a human disaster is unfolding in the region.

He said in our meeting today, we discussed to enhance deep strategic relations between the two brotherly countries. He expressed hope that Pakistan and Iran could work together for regional peace.

Hassan Rouhani said we also discussed the developments in Persian Gulf and Sea of Oman which are very critical regions. He said the meeting emphasized on taking steps to strengthen peace and security in the region.

Iranian President said he conveyed the concerns of Iran to Prime Minister Imran Khan on developments taking place in the region and also the attack on Iranian oil tanker in the Red Sea on Friday. He said an investigation will be launched to establish the facts on who was behind this attack.

He said his country thinks that such acts can create instability and insecurity in our region should a proper response is not taken. Hassan Rouhani said that both leaders had a consensus that the key to establish peace in the region is to stop war in Yemen.

President Rouhani said they also discussed that how Iranian nuclear deal could be returned to its previous position. He said the US should return to Joint Comprehensive Plan of Action and lift the sanctions on Iran. He appreciated the Prime Minister for visiting Iran and discussing a variety of issues which Tehran considers very significant for the region and the globe.

Rouhani expressed optimism that the visit of Prime Minister Imran Khan and his accompanying delegation would have positive outcome for the whole region and beyond.