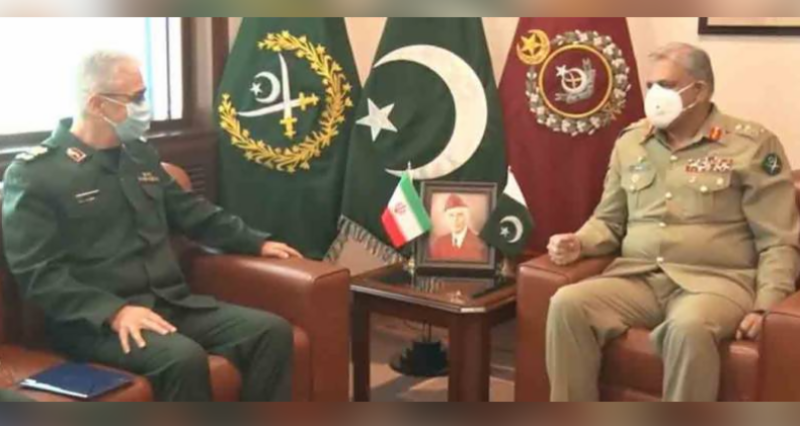 Rawalpindi (Web Desk): Chief of Army Staff (COAS) General Qamar Javed Bajwa has said that Pakistan and Iran are two brotherly countries and our close cooperation is vital for regional peace and stability, the military’s media wing said on Wednesday.

According to the Inter Services Public Relations (ISPR), the COAS said this while meeting with Chief of General Staff (CGS) of Armed Forces of Iran Major General Mohammad Bagheri.

During the meeting, a wide range of issues including the Afghanistan situation, regional security and border management particularly fencing along the Pak-Iran border were discussed.

Both agreed on further enhancing defence cooperation and working together for regional peace and unified response to terrorism which is a common enemy.

During delegation level meeting, the Iranian delegation was given a comprehensive regional security appraisal and operational update besides briefing on the Training Regime of Pakistan Army including collaboration with friendly countries and conduct of various joint military exercises.

The Iranian CGS expressed his desire for further strengthening military to military ties particularly in counter terrorism and training domains.

On arrival, the Iranian CGS was presented Guard of Honour by a smartly turned out contingent of the Pakistan Army.

The visiting dignitary laid a floral wreath at Yadgar-e-Shuhada and prayed for the Martyrs of Pakistan, the ISPR said.