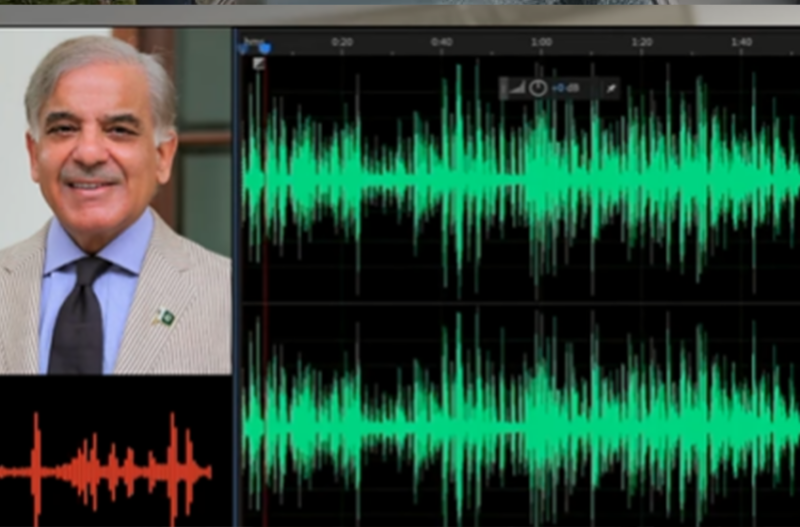 In the alleged PMO audio, an unidentified person is purportedly telling the premier that Pakistan Muslim League-Nawaz (PML-N) leader Ayaz Sadiq had said that the Pakistan Peoples Party (PPP) was asking for a share in the selected special assistants to the prime minister (SAPM).

A second voice, supposedly of PM Shehbaz, replies that PPP chief Bilawal Bhutto Zardari had talked to him about the matter.

The first person responds by saying, “we have to appoint Zafar Mahmood and Jahanzaib saheb.”

“I will tell you the final number today, sir,” he adds.

In response, the supposed voice of Shehbaz can be heard asking the person to “share the document”.

“It’s not just the Peoples Party. There are others,” he says.

The unidentified man claims that the “JUI and MQM will ask for it too”.

“In the MQM there is a man named Malik Ahmed Ali. They are saying he had a critical role in reaching a deal with them,” he adds.

The alleged voice of the premier asks who he is talking about, to which the first voice states that “Ali is from Karachi”.

Last week, Federal Minister for Interior Rana Sanaullah convincingly ruled out the involvement of any internal or external agencies in the cyber security breach at the PMO that led to audio leaks.

The first tape allegedly featured Prime Minister Shehbaz Sharif and a senior official. The discussion focused on PML-N Vice President Maryam Nawaz asking her uncle for a power plant to be imported from India for her son-in-law.

On September 25, two more audios were leaked on social media. One of them was related to a discussion about the PTI lawmakers’ resignations and the other was about former finance minister Miftah Ismail.

The first audio related to the Pakistan Tehreek-e-Insaf (PTI) was leaked on September 28, in which former premier Imran Khan allegedly told his then-principal secretary Azam Khan that they have to "play" the US cypher.

The second audio leak of the PTI surfaced on September 30, which allegedly exposed Khan's conspiracy narrative.

In the alleged audio former PM Khan, ex-minister Asad Umar, and the then-principal secretary Azam could allegedly be heard discussing the US cypher in a meeting and how to use it to their (PTI’s) advantage.

Following the back-to-back leaks, the National Security Council (NSC) approved the formation of a high-level committee under the leadership of Sanauallah to investigate the matter.

In its meeting just a day after on September 30, the federal cabinet also endorsed NSC's decision to probe the matter thoroughly.

However, despite the government's decision to investigate the matter, a couple of more audios were leaked featuring Imran Khan and his aides.

In the first of the two audios leaked on October 7, Khan could allegedly be heard speaking about horse-trading and discussing ‘buying five’ and ‘numbers game’. However, he was speaking alone and no one else could be heard.

In another audio leaked later in the same day, the former premier was allegedly talking about making a plan ahead of the no-confidence motion with PTI leaders Shireen Mazari and Asad Umar.