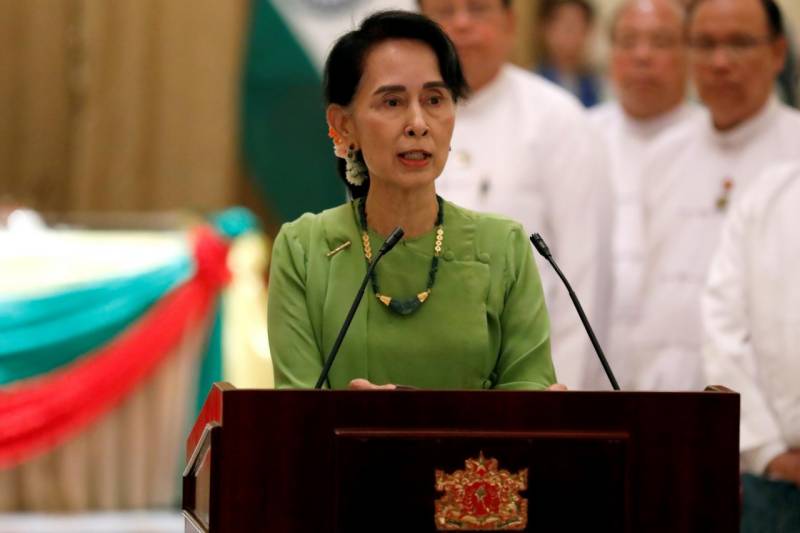 Yangon (Reuters): Myanmar’s national leader Aung San Suu Kyi, facing outrage over violence that has forced about 400,000 Rohingya Muslims to flee to Bangladesh, will not attend the upcoming UN General Assembly because of the crisis, her office said on Wednesday.

The exodus of refugees, sparked by the security forces’ fierce response to a series of Rohingya militant attacks, is the most pressing problem Suu Kyi has faced since becoming leader last year.

Critics have called for her to be stripped of her Nobel peace prize for failing to do more to halt the strife which the UN rights agency said was a “textbook example of ethnic cleansing”.

Aid agencies will have to step up operations “massively” in response to the refugee flow into Bangladesh, a senior UN official said, adding that the $77 million the United Nations had appealed for last week would not be enough.

But a Bangladeshi border force officer said the number of people crossing into his area had fallen sharply, apparently because everyone had left districts most affected by the violence.

Suu Kyi, in her first address to the UN General Assembly as leader in September last year, defended her government’s efforts to resolve the crisis over treatment of the Muslim minority.

This year, her office said she would not be attending because of the security threats posed by the insurgents and her efforts to restore stability.

“She is trying to control the security situation, to have internal peace and stability, and to prevent the spread of communal conflict,” Zaw Htay, the spokesman for Suu Kyi’s office, told Reuters.

International pressure has been growing on Buddhist-majority Myanmar to end the violence in the western state of Rakhine that began on Aug. 25 when Rohingya militants attacked about 30 police posts and an army camp.

The raids triggered a sweeping military counter-offensive against the insurgents, described by the government as terrorists. Refugees say the security operation is aimed at pushing Rohingya out of Myanmar.

They, and rights groups, paint a picture of widespread attacks on Rohingya villages in the north of Rakhine State by the security forces and ethnic Rakhine Buddhists, who have torched many Muslim villages.

Authorities have denied that the security forces, or Buddhist civilians, have been setting the fires, and have blamed the insurgents. Nearly 30,000 Buddhist villagers have also been displaced, they say.

The Trump administration has called for protection of civilians, and Bangladesh says all the refugees will have to go home and has called for safe zones in Myanmar.

But China, which competes with the United States for influence in Asia, said on Tuesday it backed Myanmar’s efforts to safeguard “development and stability”.

The UN Security Council is to meet on Wednesday behind closed doors for the second time since the crisis erupted. British UN Ambassador Matthew Rycroft said he hoped there would be a public statement agreed by the council.

However, rights groups denounced the council for not holding a public meeting. Diplomats have said China and Russia would likely object to such a move.