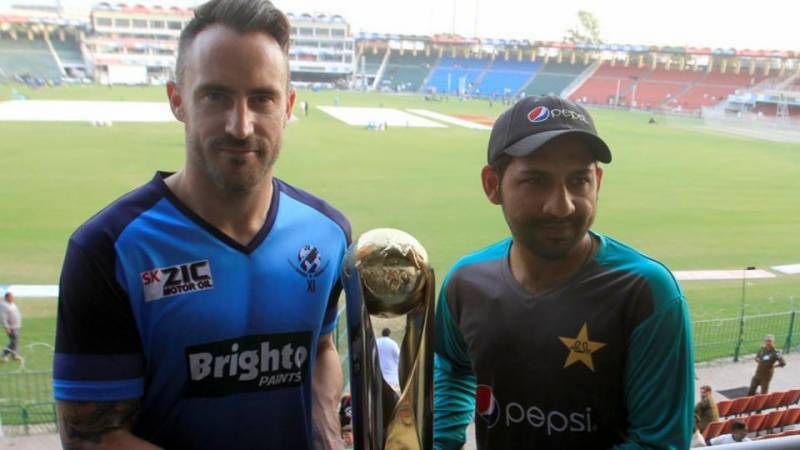 Pakistan won the toss and decided to bat first.

On Tuesday, Pakistan defeated World XI in the first clash by 20 runs hope to see the continuation of winning streak on the second day as well.

A strict security plan has been devised to safeguard the players and all commoners for the remaining matches to be played on September 13 and 15.

Around 8000 police officials including 19 police SPs and 45 DSPs will perform duties. At all entry points, the officials will check the national identity cards and tickets of the people and will allow them to enter after proper clearance. Besides police, troops of other law enforcement agencies will also be deployed.

As many as 2400 traffic wardens have also been deployed by the government to maintain the flow of traffic.