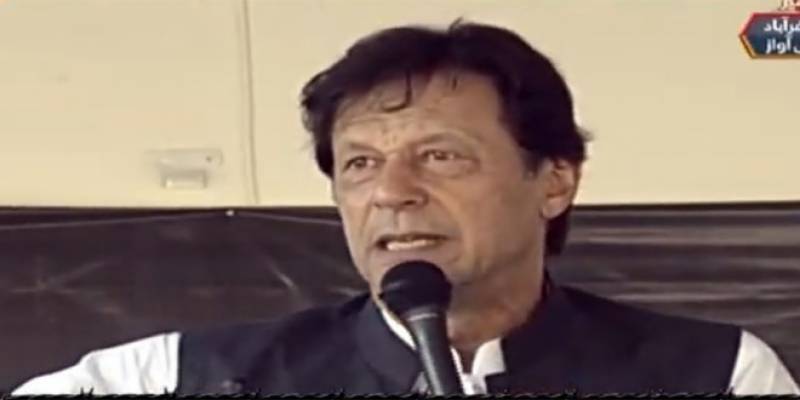 Muzaffarabad (Staff Report/Agencies): Prime Minister Imran Khan he will not disappoint the Kashmiri people during his address to the United Nations General Assembly later this month.

“Let me tell the world leaders about the situation in IOK… let me fight the case of Kashmir,” said PM Imran while addressing a massive public gathering in Muzaffarabad to express solidarity with Kashmiris on Friday.

PM Khan said only a coward person like Narendra Modi can take steps to besiege the population. He said Narendra Modi and RSS, an extremist Hindu outfit, are taking steps reminiscient of Nazi Germany. He said despite all tyranny Indian government will not succeed as Kashmiris have shed the fear of death.

Imran Khan said Narendra Modi has been a member of RSS since childhood. This party was founded on the principle of India for Hindus only and hate against Muslims.

The Indian side of the valley has been under curfew since August 5, when India revoked Article 370 of its constitution and the special rights it had previously granted to Kashmir.