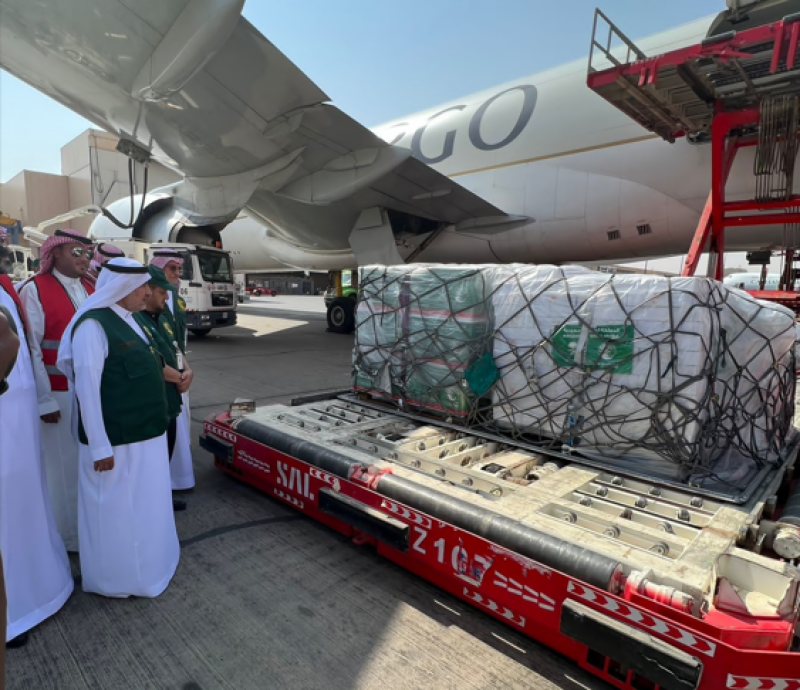 Dr. Al Rabeeah, in a statement, said that the first two planes in the airlift would depart from King Khalid International Airport in Riyadh carrying 180 tons of food, medical, and shelter assistance. Dr. Al Rabeeah added that more than 19,000 people affected by the floods would benefit from this batch of aid.

Dr. Al Rabeeah also stated that at least ten airlift relief planes will be sent within the coming days, and that the airlift coincides with a relief land convoy that is being launched inside Pakistan in coordination with the Saudi Arabian Embassy in Islamabad and local authorities. The convoy is carrying shelter, food and medical aid which will be distributed in affected areas.

The supervisor general stressed that this airlift reflected the leading global humanitarian role being played by the Kingdom of Saudi Arabia, and underscored the Kingdom’s ongoing commitment to alleviating the suffering of people in need around the world.

Dr. Al Rabeeah expressed his thanks and appreciation to the custodian of the Two Holy Mosques and HRH the Crown Prince for the ongoing care and attention they give to supporting needy and vulnerable people worldwide. He added his hopes that the aid delivered during this airlift campaign would help to save and improve lives across Pakistan as the country seeks to overcome the devastating effects of the extensive flooding that has occurred there over the past several weeks.