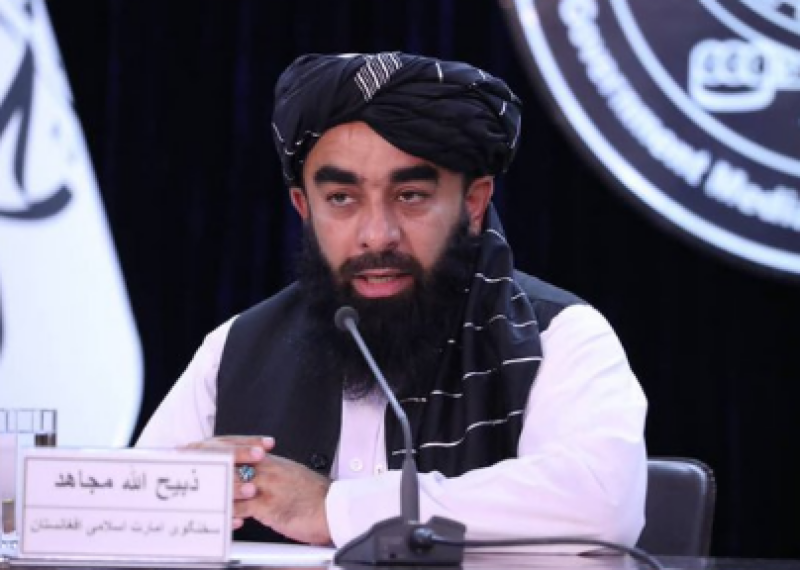 Kabul (Web Desk): Islamic Emirate of Afghanistan (IEA) Spokesperson Zabihullah Mujahid on Tuesday said that the recent United Nations report on human rights in the country is ‘biased’ and ‘far from reality’.

The IEA spokesperson condemned the report and said it was “regrettable that irresponsible and controversial statements are being published at the address of the United Nations against the Islamic Emirate”.

He maintained the UN should “respect the opinions and beliefs of people from all over the world and not take a position equal to the mood of certain countries”.

“The continuation of such actions will severely damage the reputation of this organisation and it will become clear that it looks at international issues only through the lenses of some countries,” he said.

The spokesperson argued that there was “no threat to the life of women in Afghanistan”. adding that “no Afghan woman is killed in wars or raids, nor does she lose her relatives, now, no one dishonours Afghan women”.

Zabiullah maintained that no Afghan woman's children were “innocently in prisons”, and that 181 public and private universities were open to women and men, education had been extended to the remaining 70 per cent of the country.

Further commenting on the treatment of women, he claimed that thousands of Afghan women were working in a myriad of departments, including education, public health, police, media, banks and “other essential fields”.

“The number of women who are still unable to attend their jobs due to the unfavourable working environment, are regularly paid their salaries at home,” he said, adding that hundreds of poor beggars were collected from the streets and given reasonable wages.

In his statement, the spokesperson maintained that Afghans were “living peacefully” and were “far from war, insecurity, killings and troubles”.