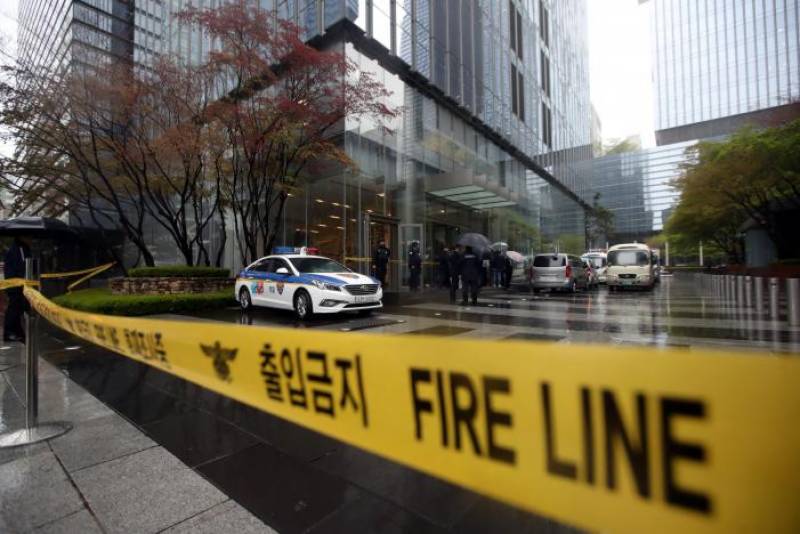 Seoul (Reuters): There were reports of explosives in Samsung headquarters and for the reason the building was evacuated for the safety reasons.

A police official told that officers dispatched to the Samsung Life building in Seocho, a southern district of Seoul, concluded there were no explosives at 1:38pm. The building had been evacuated earlier in the day following a report that explosives were inside.

Last month, a Samsung outlet in Singapore caught fire this morning, a day ahead of the South Korean electronic giant’s launch of its hyped Galaxy S8. According to reports, a fire broke out at the storeroom of Samsung Experience Store in AMK Hub.

Although the blaze was quickly put out by water sprinklers and no one was hurt, it caused surrounding stores in the shopping mall to temporarily close for safety reasons and cleaning. The cause of the fire is still unknown.