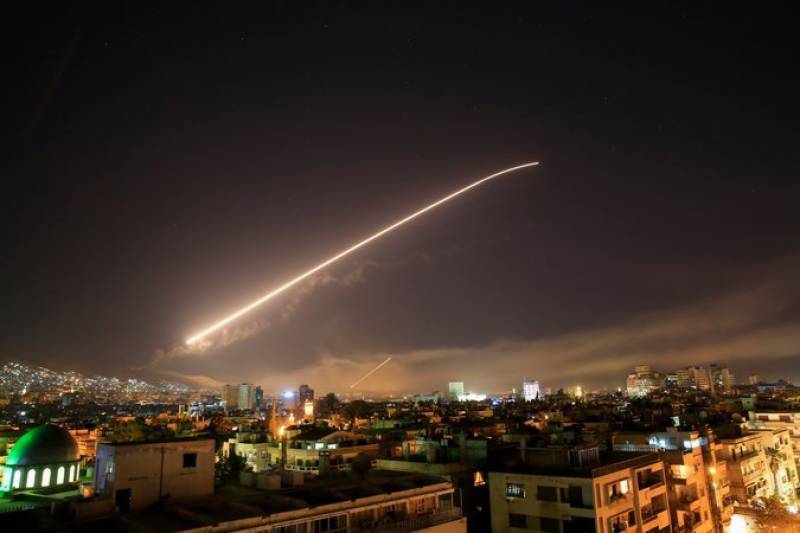 Damascus (Web Desk): Explosions were heard in the Syrian capital of Damascus in the wee hours of Saturday after US, Britain and France conducted joint attacks amplifying the threats of Third World War, Syrian official news agency reported.

United States President Donald Trump on Saturday (today) announced that a joint US-British-French operation had been launched on Syria targeting the "criminal" regime of Bashar al-Assadd and saying an alleged chemical attack had marked a "significant escalation."

The move comes a week after an alleged chemical strike outside the capital Damascus left more than 40 people dead.

In a primetime televised address to the nation Trump said, "A short time ago, I ordered the United States armed forces to launch precision strikes on targets associated with the chemical weapons capabilities of Syrian dictator Bashar al-Assad."

He added, "A combined operation with the armed forces of France and the United Kingdom is now under way. We thank them both. This massacre was a significant escalation in a pattern of chemical weapons used by that very terrible regime."

On the other hand, British Prime Minister Theresa May also supported the statement and said that the alleged chemical attack triggered nationwide outrage in Britain and there was no other option then joint attack.