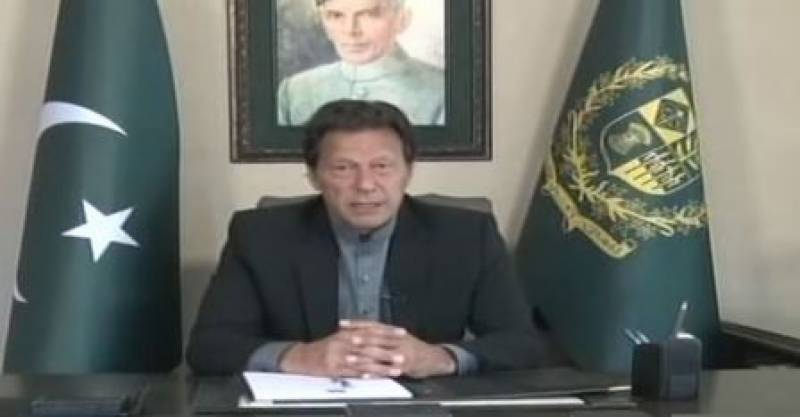 Islamabad (Web Desk): Prime Minister Imran Khan on Tuesday announced to extend the partial lockdown across the country for the next two weeks to combat the novel coronavirus.

Talking to media after meeting of National Coordination Committee, PM Khan also announced opening the construction industry from Wednesday (tomorrow). He said the government made the hard decision of imposing lockdown in the country which was very well implemented due to cooperation of the people.

"We got to this decision with the consent of all the provincial chief secretaries and chief ministers," he said, adding: "There is about an 89% consensus on which industries to reopen and which not to."

The PM said an ordinance will be laid out soon to provide big incentives to the construction sector to generate job opportunities. He said the agriculture sector will also remain open due to upcoming harvesting of wheat.

The PM said the government took a number of steps to stop the spread coronavirus in the country, including closure of schools and educational institutions, cancelling 23rd March Parade and PSL and all other official and private functions where people could congregate.

The Prime Minister said ventilators, protective clothing and other gear has been reaching the country to meet the demand.

He said consultation will be held with Ulema of various schools of thought to make preparations for the upcoming holy month of Ramazan.

Special Assistant on National Security Division Dr. Moeed Yusuf said six airports of the country are being partially opened from today. He said around 35,000 stranded Pakistanis want to return to the country as soon as possible.