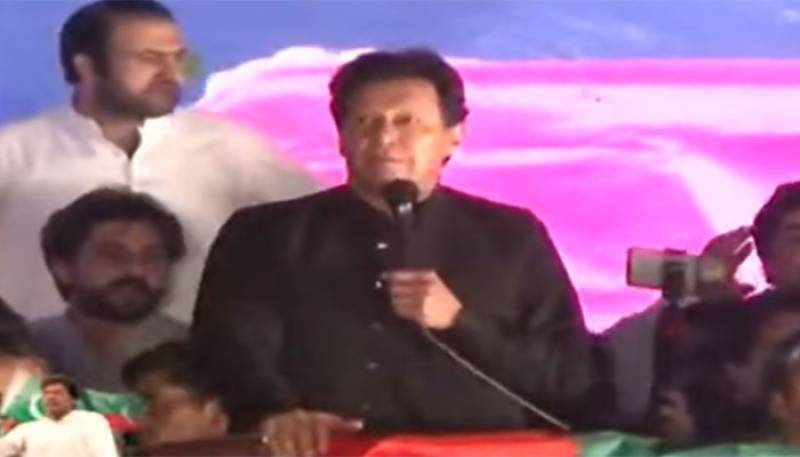 Peshawar (Staff Report/Agencies): Pakistan Tehreek-i-Insaaf Chairman and former prime minister Imran Khan on Wednesday asked the judiciary to explain the rationale behind its decision to open its doors at midnight on Saturday, hours before he was ousted from the PM’s office via a successful no-confidence motion.

“What crime did I commit that you opened the courts at night? Judges tell me,” the former PM questioned while addressing a public gathering in Peshawar and added, “I ask judges… Wasn’t it written in the diplomatic cable that all will be forgiven if Imran is removed from power?”

The PTI chief thanked the people for coming out in large numbers.

“Nation has rejected the ‘imported government’. Today is the day to decide whether we want slavery or liberty,” he said.

He said the US had insulted the nation by “imposing dacoits” on the country.

The National Assembly on Sunday passed the no-confidence resolution against Imran Khan as 174 MNAs out of 342-member house recorded their votes in favour of the no-trust motion against him.

“174 [members] have voted in favour of the resolution… consequently the resolution for vote of no-confidence against Prime Minister Imran Khan has been passed with a majority,” Sadiq announced.