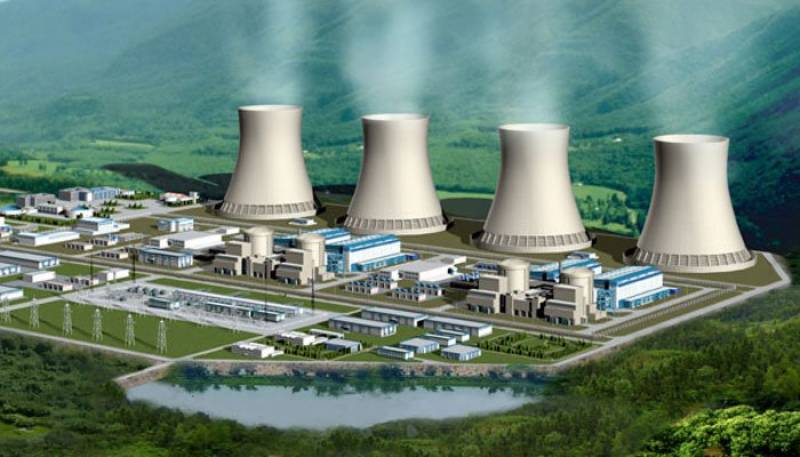 Shanghai, China (Reuters): China has approved a plan from its two state nuclear developers to promote a single integrated nuclear reactor brand that will help speed up construction and strengthen their ability to compete in markets overseas.

China is in the middle of an ambitious nuclear program that could bring total capacity to as much as 200 GW by 2030, and it also aims to win more projects abroad. But approvals have been slow with a variety of new advanced reactors subject to repeated delays.

The China National Nuclear Corporation (CNNC) and the China General Nuclear Project Corporation (CGN) have been jointly developing an advanced model known as the "Hualong One", but despite government pressure, they have continued to work separately on their own designs.

The firms declined to comment when contacted by Reuters, but a Beijing-based industry consultant said the agreement, backed by the National Energy Administration, could put the bitter rivals under pressure to cooperate more closely.

"This is a sign that the mess is being considered at a high level, but the merger will remain window dressing and there are still in fact two Hualongs," he said.

With China aiming to become a dominant global nuclear player, the government told CNNC and CGN in 2011 to pool technology instead of competing for the same projects.

The aim is for the Hualong One to compete with advanced models such as the Westinghouse AP1000 or the European Pressurised Reactor designed by France's Areva.

But despite establishing a joint venture, CGN and CNNC have launched separate projects under the Hualong One banner.

CNNC is building its own version at Fuqing in the eastern coastal province of Fujian, with the first scheduled to launch in 2019. It expects to finish a Hualong unit at Pakistan's Chashma nuclear complex by 2020, the first overseas, and start work on another in Argentina by 2020.

Meanwhile, CGN is constructing its first Hualong One in Fangchenggang, a city on the southwest coast. It will serve as a "reference" plant for a proposed project at Bradwell in England, with the technology currently being assessed by British regulators.