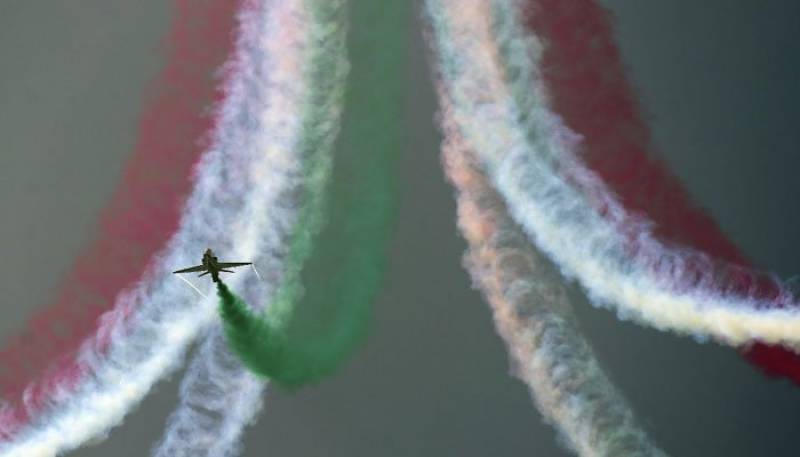 Islamabad (Staff Report): Performance of Aerobatic teams from Turkey and Saudi Arabia along with Pakistan Air Force is underway in Islamabad today to mark 70th Independence anniversary of Pakistan. President Mamnoon Hussain, Air Chief Marshal Sohail Aman, senior civil and military officials, as well as a large section of the public, are in attendance at the event, which is being narrated by a Turkish official. Besides the two teams from brotherly countries, JF-17 Thunder also performed and appreciated by the score of people came to attend this event. The tri-services personnel of the elite Special Services Group (SSG) also demonstrated splendid skills of para-drop during the maga event.