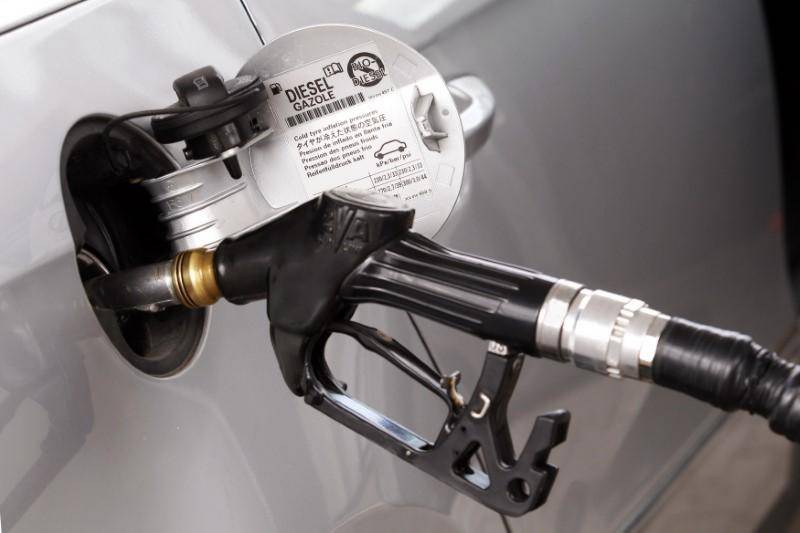 Chinese refineries processed 0.4 percent more crude oil in July than a year earlier at 45.5 million tonnes, or about 10.71 million barrels per day (bpd), data from the National Bureau of Statistics showed on Monday.

This would be the lowest amount on a daily basis since September 2016, according to Reuters calculations based on official data.

"Runs were slightly below our expectations, as fuel demand growth remained tepid and stocks were brimming," said Harry Liu, a downstream consultant with IHS Markit.

Despite the possible slowdown in China, the International Energy Agency (IEA) said on Friday that it expects 2017 oil demand growth of 1.5 million bpd, up from a previous expectation of 1.4 million bpd.

"Demand is outperforming expectations amongst both developed and emerging markets... However, global crude inventories remain bloated and there are considerable uncertainties heading into 2018," BMI Research said in a note, including the possibility of rising supplies.

Shale production in the largest U.S. oilfield should rise by as much as 300,000 bpd by December, according to industry forecasts.

Oil production from the Permian Basin of West Texas and New Mexico is closely watched because its low costs and rapid growth have pressured efforts by the Organization of the Petroleum Exporting Countries to drain a global crude supply glut.

U.S. energy companies added oil rigs for a second time in the last three weeks, extending a 15-month drilling recovery, but the pace of additions has slowed in recent months as firms cut spending plans in reaction to declining crude prices.

Drillers added 3 rigs looking for new oil in the week to Aug. 11 bringing the total count up to 768, the most since April 2015, General Electric Co's (GE.N) Baker Hughes energy services firm said in its closely followed report on Friday.