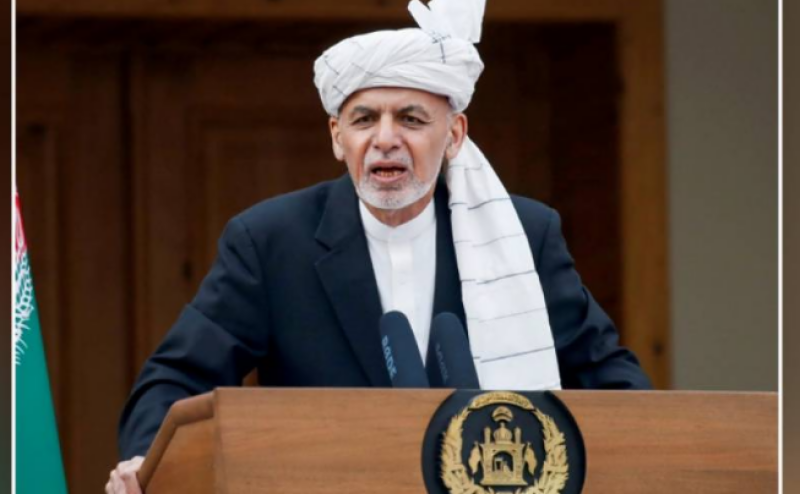 Kabul (Agencies): Afghan President Ashraf Ghani on Saturday said that the remobilisation of the country's armed forces was a "top priority", as Taliban fighters inched closer to the capital after routing the country's defences over the past week.

"In the current situation, the remobilisation of our security and defence forces is our top priority, and serious steps are being taken in this regard," he said in a televised speech.

As per the foreign media reports, the Afghan president gave no hint he would resign or take responsibility for the current situation, but said "consultations" were taking place to try and end the war.

"As a historic mission, I will not let the imposed war on people cause more deaths," he said, appearing sombre and sitting before an Afghan flag.

"Therefore, I have started extensive consultations inside the government with the elders, political leaders, representatives of people, and international partners on achieving a reasonable and certain political solution in which the peace and stability of the people of Afghanistan are envisaged."

With the country's second and third-largest cities having fallen into Taliban hands, Kabul has effectively become a besieged last stand for government forces who have offered little or no resistance elsewhere.

But Ghani praised the forces "that have defended the nation courageously and showed strong determination".

The Afghan Taliban tightened their territorial stranglehold around Kabul, as refugees from the insurgents' relentless offensive flooded the capital.

The scale and speed of the Taliban advance has shocked Afghans and the US-led alliance that poured billions into the country after toppling the Taliban in the wake of the September 11 attacks nearly 20 years ago.

Days before a final US withdrawal ordered by President Joe Biden, individual soldiers, units and even whole divisions have surrendered -- handing the insurgents even more vehicles and military hardware to fuel their lightning advance.