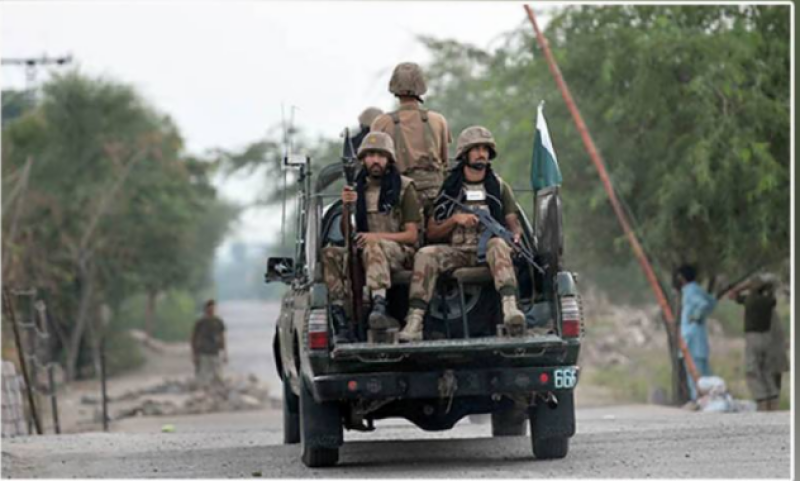 Quetta (Web Desk): A Frontier Corps (FC) personnel was martyred and two others injured when terrorists attacked their vehicle in Loralai district of Balochistan, the military’s media wing said in a statement on Saturday.

According to the Inter-Services Public Relations (ISPR), the FC vehicle carrying troops was passing through Shahrig area of Loralai when terrorists opened fire on it.

In an exchange of fire, Naik Sharif embraced martyrdom while Major Qasim and a soldier were injured.

The body and the injured were shifted to Combined Military Hospital (CMH) Quetta.

On Friday, Lance Naik Ziaullah from Mardan embraced martyrdom during an intense exchange of fire in the Sararogha area of South Waziristan.

As per the ISPR, A terrorist was also killed while another was apprehended during an action by security forces.

The military’s media wing stated that the apprehended terrorist revealed that they had planned to conduct a fire raid on a military post.

The ISPR said Pakistan Army is determined to eliminate the menace of terrorism.

“Sacrifices of our brave soldiers further strengthen our resolve,” the statement added.