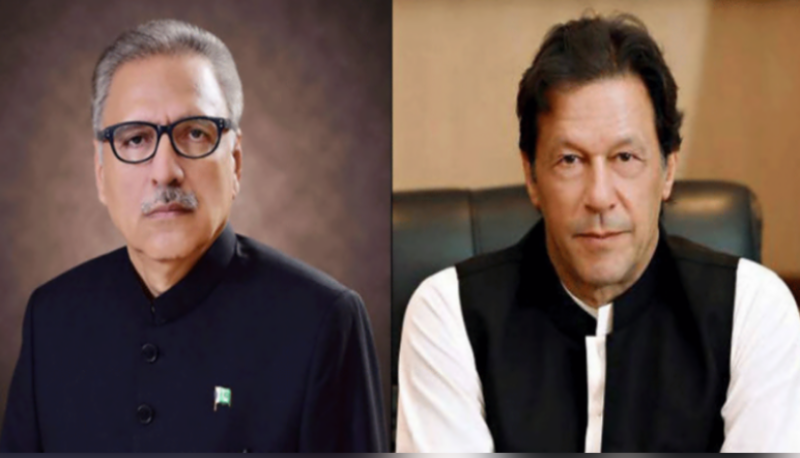 In their separate messages on the occasion of Independence Day, the president and the premier said Pakistan faced many challenges but it successfully overcame them with hard work, sacrifices and the support of the entire nation.

In his message, President Dr Arif Alvi said that the tremendous successes achieved by Pakistanis in various fields had made the country distinguished from other nations.

“This day reminds us to pay rich tribute to the Father of the Nation, Quaid-e-Azam Muhammad Ali Jinnah and leaders and workers of the Pakistan Movement who created a separate homeland for the Muslims of the Indian sub-continent,” the president said.

In his message, Prime Minister Imran Khan said as we hoist our national flag to mark Independence Day, we must reiterate the firm resolve to uphold our national values of unity, faith and discipline as envisioned by Quaid-e-Azam Muhammad Ali Jinnah.

Imran Khan said Pakistan has rendered immense sacrifices and paid a heavy price for instability on its Western border.

He said we have consistently stressed that there is no military solution to the conflict in Afghanistan. Pakistan will continue to support a negotiated political settlement for durable peace and stability in Afghanistan.

“We want peace within and peace without, to pursue our socio-economic agenda,” PM Imran said, adding that Naya Pakistan has shifted its focus from geo-politics to geo-economics, with the well-being and welfare of our people as the topmost priority.

The premier stated that with the universal recognition of government’s policies towards revival of economy, handling of COVID-19 pandemic and environment protection, Pakistan today can stand tall among the comity of nations.