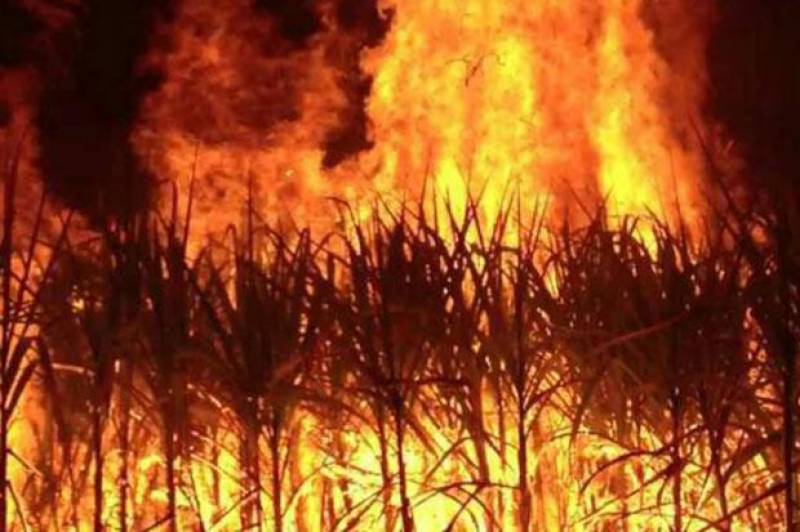 Bahawalnagar (Staff Report): A farmer set his standing sugarcane crop on fire in Chishtian, recounting the mistreatment at the hands of sugar mills mafia and the provincial government.

A video shows the farmer, torching his fully ripen crop and expressing that the farmers were being exploited both by mill owners and the government.

“Neither the factory owners purchase the raw material, nor the government is paying any heed to the issue,” said the farmer.

He continued that by burning the crop, he would be able to sow a cash crop like wheat to be consumed by humans adding that the dues were pending from last year but the officials concerned appeared highly apathetic towards their woes.